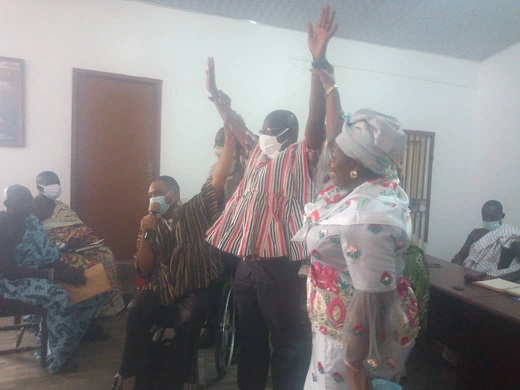 The Convention People’s Party Running Mate, Prof. Emmanuel Bobobee has been introduced to the Battor Traditional House of Chiefs.

The Flagbearer for the CPP, Ivor Kobina Greenstreet, his national leadership including some regional executives were at the Battor Traditional Council to perform the short ceremony.

The CPP Flagbearer in addressing the Chiefs stated that he was in the area to seek the blessings of the Chiefs and their ancestors as their son and the CPP party journey to win the mandate of Ghanaians.

“We here for you to ask the ancestors to bless him, to bless our enterprise, the activities of the Convention People’s Party, and the progress and peace we seek for our nation,” he added. 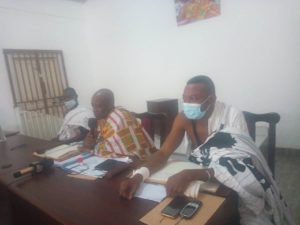 The Running mate to Ivor Greenstreet, Emmanuel Bobobee in his remarks says his position as the running mate is blessings to the area.

He said a CPP leadership will bring enormous development that was witnessed during the administration of the former President Dr. Nkrumah

“No other party has taken care of Ghanaians than the CPP that ruled for only 9years,” he reiterated.

He said the former President Dr. Kwame Nkrumah had always ruled over a peaceful nation.

Prof. Emmanuel Bobobee recounted the difficulty some settlers at Banda in the Eastern who were allegedly prevented from voting during the voter registration exercise as an avoidable one.

“They say they’re not Ghanaians, buy these are our own people,” he added. He said Dr. Kwame Nkrumah established a number of factories in the Tongu area.

“So now that the party has identified your own son (Prof. Bobobee) to help the rebuilding of the area, it’s a blessing in disguise.

Mine plead to you is that my President Lawyer Ivor Kobina Greenstreet has asked me to assist him, which means that he has virtually asked all of you to assist him in his bid to win power on December 7th.

So that the good things that you were experiencing before in the first Republic he will do that in several folds,” he requested.