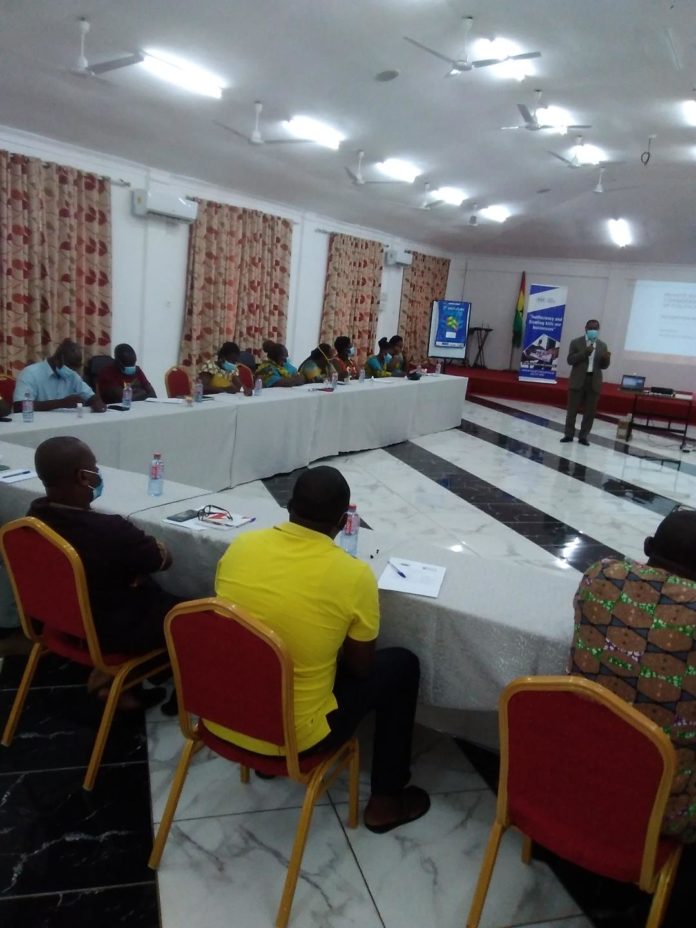 “Government should commit to borrow only from the capital market, when there is a need, so as to avoid crowding out the high-risk private sector businesses for the banking sector.”

Prof Asante said these at a ‘Private Sector Recommendation for consideration into Party Manifestos’ validation workshop for micro, small and medium-size enterprises (MSMEs) in Ho, organised by PEF Ghana and supported by STAR Ghana Foundation.

It is seeking to validate policies and interventions for inclusion into manifestos of political parties that would lead to creating an enabling environment for business competitiveness and profitability in the country.

He called for upscaling in the establishment of District Business Councils (DBCs) across the country with the government providing financial backing and technical support needed to operate these institutions.

The Consultant said the DBCs should be used as avenues to provide alternative business models for its members, who were already in these rudimentary ecosystems to leapfrog ways of doing business in a coordinated manner for economic growth.

He said based on its findings from consultative forums with MSMEs, PEF was proposing a multi-tiered and optional tax systems towards making tax regimes more easily understood by business operators.

He said company income tax for small entities could be a presumptive tax being a percentage of gross turnover and should be a final tax rate.

“Tax should be flat or tiered with a ‘one percent to five percent tax rate on the annual turnover rather than the current one size fits all system’”.

Nana Osei-Bonsu, Chief Executive Officer (CEO) of PEF Ghana, has suggested the DBC could be upscaled to the Regional level to serve as mouthpiece for MSMEs across the country, to give them the needed recognition and formidable voice to becoming relevant and satisfying the accolade as engine of growth.

He urged the groups to aggregate inputs to secure local content considerations as a formidable voice for contracts.

The CEO noted that if local content was continued like it was the case decades ago, companies like the Tobacco, Tyre industry and vehicle assembling plants would not have folded up, adding, these must the exploited so local companies could be awarded contracts in the President Akufo-Addo’s 88 new hospital projects and not ceded to foreign contractors.

He suggested the creation of a pool for interest free loans, which could be utilised by local businesses and tax exemption for micro, small, medium and large scale businesses as critical for the survival of businesses.

He said private businesses were key drivers of the economy and must be supported to succeed, asking that the language of tax laws, which becomes a challenge to MSMEs, needed to be decoded to bring clarity to business owners.

MSMEs in Ho lamented how their tax rates were calculated by the Ghana Revenue Authority without recourse to profit portfolios, which comes with unreasonable demands and threats of closure of businesses.

They enumerated high electricity bills and licensing regimes as anti-climax for budding businesses, calling for decentralisation of government contracts in relation to the production of COVID-19 equipment such as nose masks and PPE.

The participants were skeptical about the engagement as similar dialogues have not changed their situation or turned out to be positive.