The General Manager (GM) of the Credit Unions Association (CUA), Mr B.B. Fidelis, has stated that loan delinquencies and rampant withdrawal of savings were major challenges currently facing the managements and Boards of credit unions.

He said if the practices were not checked, they would definitely collapse the credit Union Concept, aimed at alleviating the economic hardships of its members.

Mr Fidelis made these remarks when he addressed the 13th Biennial General Meeting and 44th Anniversary Celebration of the Swedru Teachers C-operative Credit Union at Agona Swedru.

The General Manager cautioned members who have defaulted in paying their loans to honour them immediately to enable others to benefit.

He called on the members to deist from rampant savings withdrawals to ensure sustainability of the unions.

The General Manager urged the managements, board of directors and other stakeholders of credit unions to find a lasting solution to the problem which had become a canker.

He said ?if care is not taken the credit union spirit will surely die as a result of the attitudes of some members towards its management?.

Mr Fidelis said the savings are the bedrock of every credit union, and urged members to refrain from acts that could undermine the development of the unions.

Mrs Fortunate Adu, General Manageress of the Swedru Teachers Co-operative Credit Union said management of the union was working hard to invest the profits into ventures for the benefit of the members.

She announced that the union had completed plans to institute legal action against 23 members who have defaulted in paying back their loans totaling 1.9 billion Ghana Cedis. 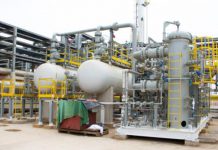