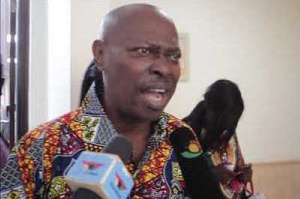 Dr Yaw Adu-Ampomah, the third Prosecution witness in the trial of Dr Stephen Opuni and two others on Wednesday said Cocoa Research Institute of Ghana (CRIG) recommended the purchase of Omnifert fertilizer.

He said CRIG recommended that the fertilizer was tested and had a certificate to that effect, hence the purchase by COCOBOD for farmers.

Dr Adu-Ampomah was answering questions in a further cross-examination by Nutifafa Nutsukpui, Counsel for Seidu Agongo, CEO of Agricult Ghana Limited in Accra.

Asked, whether that was the first time COCOBOD bought the Omnifert fertilizer, the witness indicated he was not sure.

The Counsel wanted to find out, whether, the witness, who was the former Deputy CEO in charge of Agronomy and Quality Control of COCOBOD saw the certificate covering the fertilizer himself, but the witness answered in the negative.

He explained that the committee responsible would ensure, they attach the certificate to the documents.

Asked, whether it meant, he did not see the test report of the fertilizer, the witness said “l might have seen it but cannot recall.”

The Counsel presented the report, which was identified by the witness.

Mr Nutsupui asked the witness to read the section of the report headed conclusion and the witness said my lord this report was different from normal reports that CRIG presents.

The Counsel said there was no other test report on the Omnifert fertilizer from CRIG bought by COCOBOD but the witness disagreed.

”Nowhere in the exhibit was conflicts mentioned in the report relative to active ingredients,” counsel asked, but the witness disagreed.

Mr Nutsukpui asked the witness to read to the court, the paragraph in the letter that said Omnifert fertilizer had previous been fully tested and the witness said “if you read the covering letter, it stated CRIG had made a mistake in a correspondent to COCOBOD and was correcting it.”

The witness said especially, paragraph four of the letter, states that “Please find attach a statement from the soil science Division of CRIG indicating that IFDC trials were done in collaboration with CRIG, Cocoa abrabo pa Association and the Ministry of Food and Agriculture.”

Dr Adu-Ampomah said the letter goes on to say that “we apologize on the erroneous impression our letter of January 12, 2017, may have created and wished to recommend Cocoa Aduane from Omnifert for use on matured Cocoa.

The witness was asked to show the court from the exhibit, where the statement he alluded came from CRIG and he said it was in the report.

The Counsel pointed to the witness that it was nowhere in the report, where previous trials were done on Omnifert fertilizer and the witness said as “l said, this was based on a verification COCOBOD was seeking from CRIG as shown on the covering letter.”

He said a full trial was conducted and the attached report was only to answer to the query or the questions COCOBOD was asking from CRIG.

Counsel asked the witness when you took over at COCOBOD as the Deputy CEO in charge of Agronomy and Quality control, was there any handing over notes and suggested to the witness that when he assumed the position of Deputy CEO, did he recall as part of matters pending there was the issues of withdrawal of CRIG certification on a product call Cocoa Nti but he answered in the negative.

Mr Nutsukpui asked the witness whether in a letter addressed to him (Dr Adu-Ampomah) CRIG indicated its withdrawal certification for a product Cocoa Nti, but he answered in the negative.

He asked, whether the recommendation was contained in an adhoc committee report, the witness again answered in the negative.

At this stage the report was shown to the witness to identify, which he did.

“Can you read to the court the 5th recommendation of the report,” counsel asked, and the witness said the committee was of the view that the Cocoa Nti be taken through the usual field testing for fertilizers.

“The initial report on the cocoa Nti fertilizer submitted to COCOBOD should therefore be withdrawn,” the witness added.

Dr Opuni, Agongo and Agricult limited are facing 27 charges, including defrauding by false pretences, willfully causing financial loss to the state, money laundering, corruption by public officer and acting in contravention of the Public Procurement Act.

They have all pleaded not guilty and have been granted a GH¢300,000.00 self-recognisance bail each by the Court.
The Court adjourned the matter to March 3, for continuation.