The Winneba District Police Command recorded a total of 293 criminal cases between January to December 2018 as against 502 cases in 2017, a drop of 209 recorded cases.

Chief Superintendent Godfrey Tetteh Adjirakor, District Police Commander in Charge of the area disclosed this to the Ghana News Agency in an interview at Winneba

Mr Adjirikor was speaking on the crime rate in the district and also to react to a press briefing organised by some concerned citizens in the area recently.

He said they recorded one murder case during the period under review and that 12 of the recorded crimes were robberies as against 21 in 2017,

According to Chief Superintendent Adjirakor 100 out of the total recorded criminal infringements in 2018 were sent to court of which 36 convictions were obtained, compared to 12 convictions in 2017.

The commander said the police in the area are there to protect lives and properties and not the other way round as being peddled, and that it is unfortunate that some concerned citizens in the municipality had fabricated stories just to tarnish the image of the Police.

He denied that someone was killed in Gomoa Pomadze this year as being alleged by the concerned citizens.

“With regard to the above stated crime statistics between January and December this year comparing to that of 2017, the police personnel in the municipality needs to be applauded for the good work done rather than being discredited “.

Chief Superintendent Adjirakor said for the vision of the service to be realized, the public had a unique role to play by co-operating with the Police and volunteering information that could lead to the prevention of crime. 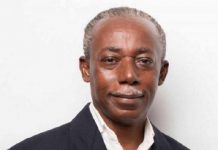