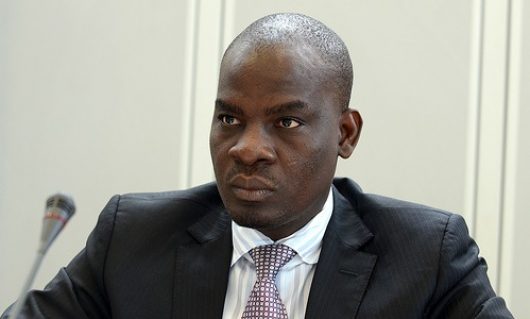 Stakeholders at a public forum on the Economic Partnership Agreement (EPA) have called for urgent steps to revise aspects of the agreement before it is signed.
In a unanimous stance, speaker after speaker noted that the EPA was inevitable, but expressed reservations about the current form and structure of the agreement, saying its signing would not only spell doom for the Ghanaian export sector but also collapse local industries.
Ghana has up to October this year to initial the agreement, but concerned interests at the forum maintained that the agreement presented two threats, that of signing it in its current form with the attendant challenges that would adversely affect local industries and the other option of not signing which would also pose serious setbacks to the strides of the export sector.
The forum brought together a total of 17 exporting entities, who urged the government to make the necessary amendments before signing the agreement.
The forum was organised by the Ministry of Trade and Industry, and was meant to provide an opportunity for all stakeholders to contribute their views which will be captured to inform the finalisation of the agreement.
However, stakeholders took the ministry to task for not providing any document that will form the basis for the discussions.

ISSER
For Dr Charles Ackah, Senior Research Fellow at the Institute for Statistical, Social and Economic Research (ISSER), Ghana was moving into unknown and uncertain waters because there was no documented basis for qualitatively analysing the threats and opportunities that the agreement held for the country.
According to him, instead of Ghana resorting to evidence-based policy making, ?we are only expressing opinions and emotions?.
For him, the EPA, depending on how it was managed, could make Ghana a winner or a loser, adding that ?there are possible gains, as well as risks and losses?.
The challenges, he said, were not from the side of the European Union, but from the side of Ghana, asking whether the free potential market that should arise from the agreement could be effectively utilised by the country.
He also wondered whether Ghana had the capacity to export in the desired quantum since after several years of access to EU markets, not much had been achieved by local businesses.

IMANI
The Chief Executive Officer of IMANI Ghana, Mr Franklin Cudjoe, contended that if signed in its current form, there was the fear of a purported loss of $150 to $378 million from import tariffs, loss of jobs and collapse of industries.
He said it would also hamper West African harmonisation and regional integration, while the promised investment and development assistance could not be guaranteed.
He observed that a critical look at EU imports revealed that Ghana?s local manufacturing sector did not compete directly with the EU, adding that Ghana?s non-traditional exports (NTE) sector had demonstrated remarkable growth in the past decade.
He held that ?a real threat exists if we fail to ratify the EPA as other countries in the ECOWAS region do,? saying this may lead to an unbridled smuggling within the sub-region and also lead to corporate elopement of businesses in the NTE sector into other ECOWAS countries.

Third World Network
The Co-ordinator of the Third World Network (TWN), Dr Yao Graham, opined that the discussion of the EPA should be about the vision of the country for the future and that should be the driving force behind the decisions and choices made.
He was emphatic that the best means of arriving at an informed discussion was for the discussion to be guided by cost benefit analysis based on access to required information on the agreement.
He said there was no country in the world that had been developed by foreign investors, adding that there was no developed country that did not at a point in their development institute infant industry protection mechanism.

AGI
The Association of Ghana Industries (AGI) called on the government to make a copy of the agreement available to enable comprehensive analysis, saying even though time was not on the country?s side, there was the need to examine the documents.
The vice-president of the AGI, Dr Adu Gyamfi, who made the call, also urged the country to pursue alternatives for the export sector.
Dr Adu Gyamfi was of the view that the export industry in Ghana lacked the capacity to compete and feared that the EPA might further fragment the sector.

Sector Minister
But the Minister of Trade and Industry, Mr Haruna Iddrisu, said ?we can look into some of the structural issues?, pointing out that they will be looking at the body language of other ECOWAS countries who export similar produce.
Ghana, he said, was not alone and that the country would be guided by the decision of ECOWAS.
Source-Graphic

GAWU Calls for Ratification of ILO Convention 155 on OSH