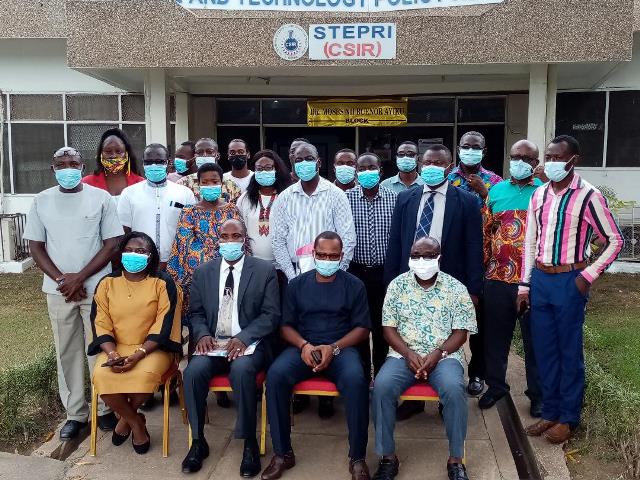 The Council for Scientific and Industrial Research (CSIR) on Monday engaged stakeholders to discuss ways to improve farming through Modernisation of Agriculture.

This was at a Stakeholders’ Dialogue on the findings from the “Modernizing Agriculture in Ghana Project” (MAG), dubbed “Engaging with available evidence for informed policy and investment decision-making.”

He said modernizing agriculture would help in raising incomes and productivity of poor farmers and also lower food prices.

Dr Manteaw said CSIR Ghana, in collaboration with the government of Canada, was researching agriculture modernization under the Modernizing Agriculture in Ghana Project (MAG) aimed at increasing farmers income and enhancing rural livelihoods.

He said the stakeholders’ engagement would also focus on the gender inclusion aspect of the project to ensure that empowerment through capacity building and technology dissemination were realised.

Dr Manteaw said predominant dissemination of farming technology was focused on the production level and that there was the need for more focus into other areas of the value chain.

He said there was a need for more awareness creation on gender mainstreaming in the area of farming to ensure that women also have better access to farming inputs.

Dr Wilhelmina Quaye, Director, CSIR – Science and Technology Policy Research Institute (CSIR – STEPRI), said the Institute sought to look at some of the gender dimensions of the project and how the inputs from the discussion could help the female farmers in their farming activities.

She said male farmers in the country were having more access to farming inputs than their female counterparts.
Dr Quaye said in terms of affordability men were able to afford the services of farm tractors and others than the women.

She said there was the need for stakeholders to find innovative ways of making such services readily available to the women on time.

Dr Quaye said Scientists should take interest in studying the levels of adoption rates of the variety of crops they released and also to work around their challenges and come out with innovative solutions.

Dr Quaye said moving forward there was the need for stakeholders to support women after production to processing of the farm products.

She said they would focus on how to help the farmers in accessing and marketing their products.
She added that they would engage the Policy Makers after the dialogue to make sure that whatever policy briefs they came up with would be followed to the end.

Modernising Agriculture in Ghana Project (MAG) is a five-year initiative to provide budgetary support and technical assistance in response to the objectives of food and agricultural sector development policies and value chain management issues for increased farmer incomes and enhanced rural livelihoods.

The MAG project focuses on demand-driven research and alternative methods of extension delivery that facilitate the dissemination of technologies to farm households, Farmer Based Organizations and out-growers of nucleus farms, among others.