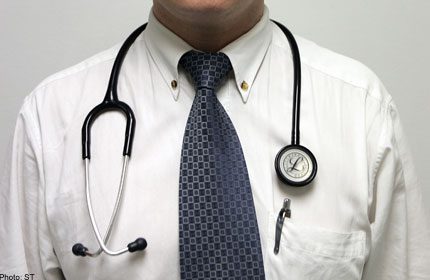 A medical doctor has said Civil Society Organisations (CSOs) rather than public institutions were better able to lead a multi-disciplinary coalition to deal with teenage pregnancy in Ghana. He said CSOs have more experience working with adolescents by way of policies and projects and are able to marshal both local and international resources and have the advantage of flexibility.
Dr Atsu Seake-Kwawu, Ho Municipal Director of Health, said this at a forum on the role of non-governmental organisations in tackling ?Childhood sexuality and teenage pregnancy.?
It was organised by the Ghana Coalition of NGOs in Health-Volta in Ho and sponsored by Star-Ghana.
Dr Seake-Kwawu said CSOs should lead in the provision of youth resource centres in communities to provide guidance and resource materials to improve knowledge of the youth and be a platform for health youth interactions.
He suggested to the CSOs to research into the social, legal and economic and media influences on adolescent sexual reproductive health which ?translate into protective and risk factors operating at the individual, family, schools and community and neighborhood levels.?
Dr Seake-Kwawu said there were dangerous trends in teenage pregnancy and related problems in the Volta Region and added ?We are dealing with an intractable problem which would not go away simply because someone talks about it.?
Dr Seake-Kwawu said between 2009 and 2013 children aged 10-14 years in the Volta Region accounted for between 1.4 and 3.2 of all teenage pregnancies with an average value of 1.67 percent of all teenage pregnancies.
?Teenage pregnancy prevalence in the region ranged from its lowest value of 12.9 in 2009 to its highest value of almost 15.5 percent last year with an average of 13.8 percent over the nine year period.?
Dr Seake-Kwawu said girls between 10 and 19 years in the Volta Region accounted for 8.5 percent, 9.7 percent and 12.5 percent respectively of all maternal deaths recorded in health facilities in 2011, 2012 and 2013.
He said data showed that the 10-19 years group in the region accounted for 15.5 percent and 11 percent respectively of all viral hepatitis in 2012 and 2013, 5.3 percent and 4.8 percent respectively of HIV related conditions in the same period.
Girls in that age group also accounted for almost 44 percent of all reported sexual abuse incidents in 2012, 14.6 percent gonorrhea cases in 2013, almost 22 percent of genital ulcers in the same year as well as 17 percent of urethral discharges also in 2013.
Ms Eunice Teah, Health Promotion Officer at the Volta Regional Directorate of the Ghana Health Service, attributed phenomenon of teenage pregnancy to break down in social values, lack of parental warmth and quest for belongingness among teenage girls.
She suggested that adults found to have sexually abused teenage girls should be subjected to social work so that they could cater for their victims.