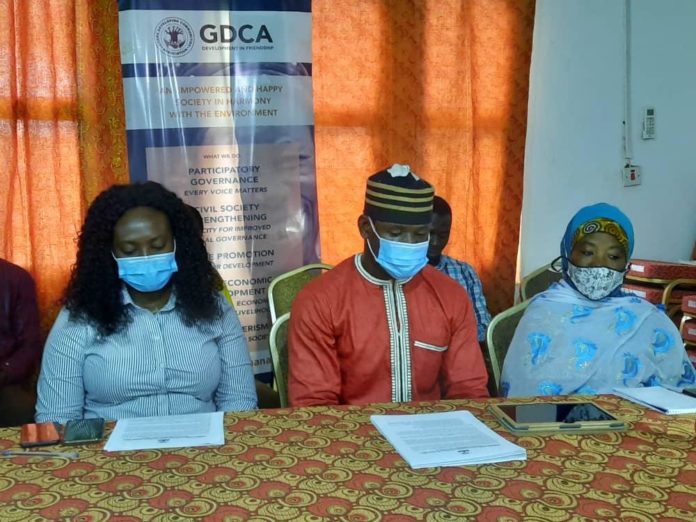 Government has been called upon to commit to the enforcement of the ban on illegal rosewood trade as well as outlaw the issuance of permits to companies to trade in the wood.

Government has further been urged to take immediate steps beyond the verbal ban to stop logging, transportation and export of any rosewood, no matter where it is, and community, district, regional and national level awareness be created and sustained to protect rosewood, restock it alongside shea trees and treat this as a community development strategy.

This formed part of a press statement delivered by the STAR Ghana Foundation in partnership with the Baobab Market, a group of civil society organisations (CSOs), at a press conference in Tamale on Wednesday.

The statement was read by Mr Suweidu Abdulai, Monitoring, Evaluation and Research Officer at Ghana Developing Communities Association, one of the CSOs.

The statement indicated “It will be recalled that in February, 2020, the Minister of Lands and Natural Resources announced an extension of the ban on the illegal logging and exportation of rosewood in Ghana indefinitely following the earlier ban announced in March 2019.”

It however, said “We find it very worrying that despite the ban on the illegal logging, transportation and export of rosewood, some unscrupulous people and companies are still bent on further endangering the tree with impunity.”

It said “We note that the over exploitation of rosewood amidst the ban on illegal logging and export is due to lack of enforcement of the ban and commitment by government and the agencies responsible.”

Rosewood species take about 40-100 years to mature, and they are being endangered due to unsustainable logging and illegal trade in the species.

The statement, therefore, called on government to classify rosewood, shea, dawadawa and cashew trees into the Economic Tree Protection Act of 1979 to help to better manage the situation and strengthen the hands of local authorities and security agencies.

It called for an expedite action on a policy on tree tenure and benefit sharing for trees outside the forest reserves to motivate farmers to resist the illegal exploitation of rosewood and other tree resources on their farms and to stop speculative felling by illegal loggers.

It called on government to work with communities to design and implement a rosewood restoration and protection programme of intervention in the affected communities.

It reiterated the call on government to make the penalties for illegal logging and trade in rosewood more deterring to scare people from the act.

The statement called on communities and traditional authorities to mobilize and take mass action against illegal logging and trade in rosewood as well as enact by-laws to restore some of the old traditional practices that protected the environment and trees, especially in forests and common lands.

The group called on the Chinese Embassy and Government “To enforce the second provision to Article 164 of the National Criminal Law 47 that criminalises bribes given to non-Chinese public officials and to officials of an international public organisation.”

It also called on regional bodies (AU, ECOWAS), bilateral and multi-lateral partners such as US, UK, EU, and the World Bank to support the fight by imposing restrictions and sanctions on companies and individuals with illegal rosewood products.

Keta Port must be considered as strategic economic intervention – CEO