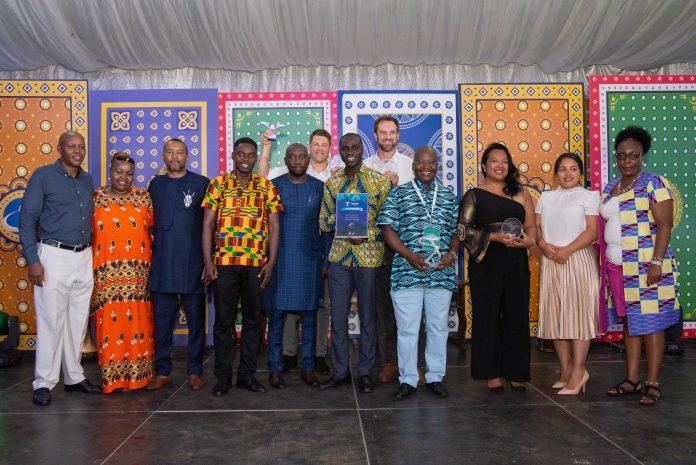 Cape Town Air Access (CTAA) has been announced as the overall winner of the Routes Africa 2019 Awards at a ceremony last night (9 December) in Mombasa, Kenya after also picking up the award for Destination Marketing.

Nominated and judged by airline network planners, the annual Routes Africa Awards are highly regarded in the aviation industry for recognising excellence in the route development.

Upon winning the award, Tim Harris, CEO of Wesgro said; “We’re delighted by the recognition and acknowledgement from our colleagues in the aviation community.

A major contributor of Cape Town Air Access’ strength lies in its collaborative nature, so we’d like to thank our partners in the City of Cape Town, Western Cape Government, Cape Town Tourism, South African Tourism, and ACSA, for their continuing support.”

Over 750,000 inbound seats have been added to Cape Town’s network, doubling international seat capacity at the airport and contributing an estimated US$400 million in direct tourism spending to the economy.

Over the past fourteen months, CTAA landed 3 new airlines, 4 new destinations and 7 route expansions. This added 150,000 one-way seats to the network and contributed to a 9% growth in international passenger traffic.

Additional categories in this year’s ceremony also included; airport serving 4-20 million passengers; a small airport with fewer than 4 million passengers and an airline serving the region (a brand new category for the Routes Africa Awards this year).

In the under 4 million passenger category, Antanananarivo International Airport was crowned the winner, the airport is set to open a new terminal in the first quarter of 2020, which will generate nearly 1,000 direct and indirect jobs for the region. Having welcomed Ethiopian Airlines and Turkish Airlines, the airport also witnessed an 8% annual traffic growth.

In the newly introduced airline category, Africa World Airlines was named the winner as the carrier has seen an impressive 25% increase in traffic over the past year, with over 800,000 scheduled available departure seats in 2019.

About Routes
Routes events are unique forums dedicated to the development of air services, bringing together airlines, airports and destinations to meet, plan, discuss and negotiate new and existing flights. ‘Regional’ route development forums are held between February and December in the Americas, Asia, Europe, Africa/Middle East and Silk Road/Russian Commonwealth, and the flagship World Routes event takes place in September.

The events revolve around pre-scheduled meetings and an exhibition and conference which are delivered in partnership with host stakeholders. Hosts tend to be a collaboration between airports, tourism authorities and investment partners (the bidding process takes place two to three years before the event takes place). Routes is part of the Aviation Week Network division of Informa plc.

Informa products and services help businesses and professionals connect, learn, do business and gain an edge over the competition.

Informa is listed on the London Stock Exchange and is a member of the FTSE 100.