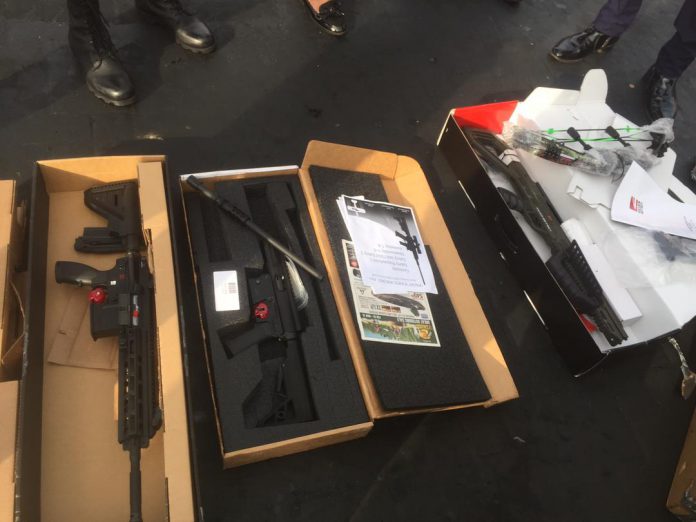 The Customs Division of the Ghana Revenue Authority has intercepted three firearms concealed in a consolidated cargo and illegally imported into the country, at the Port of Tema.

Speaking to Eye on Port, Examination Officer, Charles Okrah said the interception of the contraband occurred during routine physical inspection of cargoes flagged red by the Customs risk engine.

“We discovered these three rifles concealed in barrels and sent them off to the officer in charge,” he said.

Principal Revenue Officer in charge of the Golden Jubilee Car Park, Cyril Ekehe revealed that the firearms, would be seized because, neither were they declared by the importer nor did the importer follow lawful procedure to acquire the weapons.

“By the customs law they are going to be seized outright because in the first place they are restricted items that can all be imported under restricted circumstances and conditions which none of those conditions have been fulfilled.”

Meanwhile, information available to Eye on Port indicate that the Police have apprehended the importer of the guns and investigations are currently ongoing.