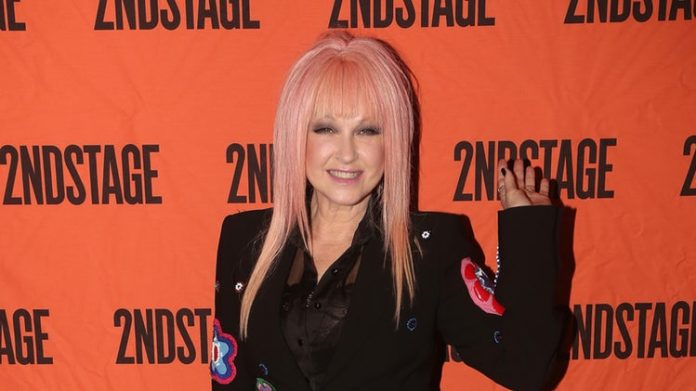 In the new issue of Closer Weekly, Cyndi Lauper, 64, sits down for an exclusive interview and opens up about dealing with adversity and always pushing forward.

“I’ve had people my whole life making me believe that I would not amount to anything,” the pop singer tells Closer exclusively. “It’s those experiences that make you want to stand up, beat your chest and say, “Not me!”

The pop star-turned-Broadway hitmaker has had a lot of success since her break out hit “Girls Just Want to Have Fun” in the 1980s. She is fresh off a tour with Rod Stewart, has become the face of a campaign of support for psoriasis sufferers and now is working on writing new songs.

“You have to diversify as you get older,” says Cyndi, who won a Tony in 2013 for the musical Kinky Boots. “You have to learn all the time.”

Long after Cyndi realized her dreams, she encountered a new hurdle when she came down with severe psoriasis. “I put up with it for five years,” she tells Closer. “It is so hard to deal with, and you feel powerless.”

In her personal life, Cyndi draws strength from her husband of 26 years, actor David Thornton, 64, and their son, Declyn, 20. “We’re family,” she says. “There are good times and bad times, and no matter what we are there for each other.”

“I have worked hard for everything I wanted,” she tells Closer. “You don’t get anything you want without some sort of struggle. It has made me who I am.”

Care for the Elderly in Ghana’s Changing Age Demographic

Care for the Elderly in Ghana’s Changing Age Demographic

Who Is Ordained By God; How Would One Realize