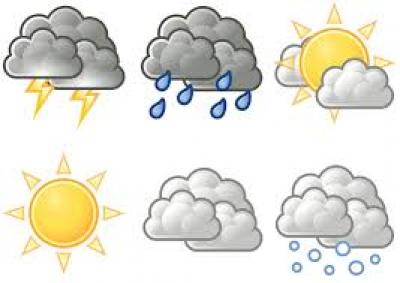 The last day of August traditionally marks the end of the summer, but Meteorological Service Director Kleanthis Nicolaides said temperatures well above the seasonal average, which have been recorded for the whole of past week, will persist until the end of the first week of September.

A statement by the meteorological office advised people against going out in the sun from midday until 5 p.m. It said elderly and vulnerable people should stay indoors for the entire day.

Hospitals reported that several elderly people were treated on Sunday for hyperthermia and dehydration.
There have been several yellow warnings, the lowest level, this summer, and a few orange warnings, with Monday’s red warning.

Nicolaides said people should learn to live with higher temperatures, as the trend for above normal seasonal average has been noticeable during the last few years, as a result of climate change.

Temperatures of 43 or 44 degrees Celsius have been recorded some days every year during July and August. However, this year the island experienced long spells of hot weather, a very hot May, a cool June, a record hot July and also a very hot second half of August that will make this month the hottest ever.

The highest ever temperature in Cyprus was recorded in August 2010, when the thermometer showed 45.6 degrees Celsius.