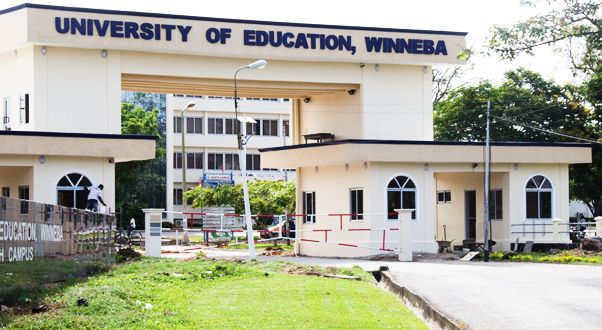 The Governing Council of the University of Education, Winneba (UEW), is scheduled to meet today, that is, Wednesday 6th October, 2021, to determine the future of the University by way of appointing a Vice-Chancellor (VC).

As the only body seised with the power of appointing the VC, it is expected that a majority of the Council members entitled to vote, would arrive at a decision that will inure to the benefit all and sundry, and not just a few selfish individuals.

The attempt to bribe some Council members to tow a certain line at today’s proceedings by some crooks, is an open secret.

Furthermore, plans are in place to intimidate members with heavily armed security officers (Police and Military personnel).
The main duty of every security officer, is to protect life, therefore, any attempt by any security officer to do anything untoward, should be taken note of. The Minister of Defense and the IGP, are two ‘no-nonsense’ Public Officers.

If someone is yet to get the nod of Council to act as VC, and they have already set in motion, a victimization agenda, then UEW is doomed.

Some retired Professors on contract are already on their way out of their positions of responsibility. The Head of Procurement was directed to hand over on Tuesday 5th October, 2021. The list is endless!! I don’t why my letter relieving me of my position as Director of Basic Schools, hasn’t arrived yet. Something must be wrong somewhere!

Am aware that plans are far advanced to come after me after today’s meeting, but I remain resolute. I will NEVER relent, no matter what! Threats of death, loss of job or whatever, doesn’t scare me a bit.

Anyway, at the end of the day, it is expected that whoever the University Council settles on as VC as per the provisions of all the relevant laws governing such an appointment, will be accepted by all.

Pan-Africa Heritage Museum and City coming up in Ghana

Dark Clouds Hovering Over The University of Education, Winneba

Transport Units of Institutions to register with NRSA

Police up for Extraordinary ECOWAS Parliament meeting at Winneba