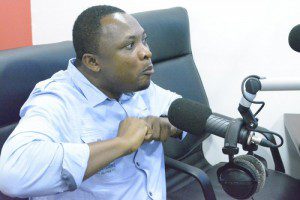 Ghana FA spokesman Ibrahim Saanie Daara has dropped the biggest of hints that the 2015/16 Premier League could still be under the sponsorship of First Capital Plus Bank, now Capital Bank.

According to the Communications capo, though the FA acknowledges receipt of a letter from the League sponsor expressing its intention to suspend the 5-year league sponsorship agreement with the Ghana FA, the latter is not obliged to grant the request of the former primarily due to the fact that such a provision is not stated in the contract with the financial outfit.

“The issue is that they [First Capital Plus Bank] wrote to the FA expressing their desire to suspend the 5-year league sponsorship agreement it has with the Ghana FA. However, looking at the contract we agreed on, there is nowhere in which a suspension clause was inserted and so lawyers of the FA have written to them to draw their attention to this and we are yet to hear from them”, he revealed to Dunkwa-based Solar Fm.

“The fact is, we need to be careful of the legal implications involved here. Once we have kicked against their request, we must be seen to deliver under the terms of the contract with First Capital Plus Bank such that we are not caught off guard. Due to this, the league would start with the recognition of logos of First Capital Plus Bank at the various League centres” he stated.

“If we decide not to recognise the sponsor at the start of the 2015/16 season because they have expressed their desire to suspend their part of the agreement, which the Ghana FA has rejected, it would get to a point where we would demand that the sponsor relieves itself from the contract by paying off. In the absence of this recognition, the sponsor can assert that because we have not recognised them in the heat of this quagmire, though negotiations may still be ongoing, then they are above any form of liability to the Ghana FA and so we need to be careful with this delicate issue”, he warned.

“As it stands now, the league shall be Christened “Capital Bank Premier League” since there has been a change of name of the sponsor”, until at least a replacement is found or an agreement as to whether the sponsorship still holds true or otherwise, is reached”, he categorically stated.