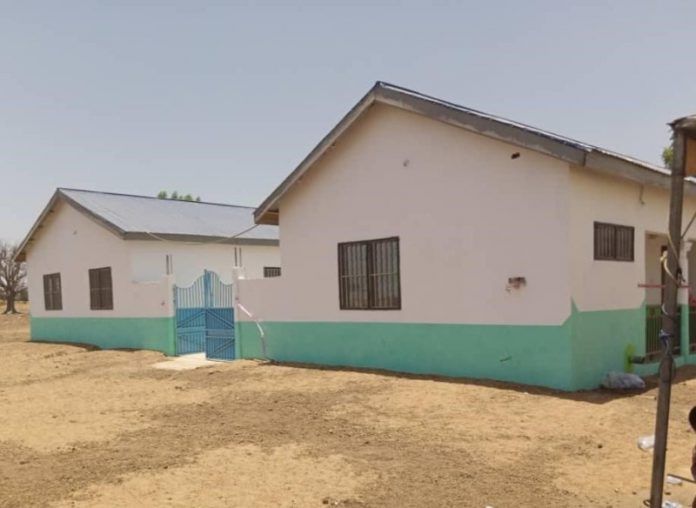 Mr James Agalga, the Member of Parliament (MP) for Builsa North in the Upper East Region, has commissioned a Community-Based Health Planning and Services (CHPS) compound for the Deborinsa community.

Prior to the commissioning of the facility, residents of Deborinsa and its environs in the Builsa North District travelled about 30 kilometres to the Sandema Hospital to access healthcare services.

Mr Agalga said members of the community, through their own initiative, moulded blocks to start the project.

“In 2012 and 2013, anytime I visited this community, I noticed a few blocks were here, some were arranged and used as seats for the political activities that we engaged in,” he said.

“I got curious and tried to establish what those blocks were meant for, and from my enquiry, it became clear that the community….moulded those blocks with the intention that they would construct a health facility to improve healthcare delivery.”

He said they later appealed to him directly for support to start the project, adding; “I was touched and promised that I will see to the commencement of the project. This project actually started through youth mobilisation.”

The MP said the project was later given to a contractor after residents had supported with communal labour to raise the building to window level.

Mr Agalga noted that the facility had no lavatories for patients and clients and promised to help construct those components.
“So at an appropriate time, we will engage once more to ensure that is done,” he said.

Deborinsa was quite remote from Sandema, the Municipal capital, he said, and was hopeful that with time and with all the required medical equipment in place, the Ghana Health Service would upgrade the facility to a health centre.

“I am most grateful to the people of Deborinsa for lifting your pot up to your knees and asking the MP to help you lift your pot to reach your head. This is what we have been advocating. Let’s not wait to get new facilities, but do the little we can, and ask for support,” she said.

She noted that the CHPS Compound needed some other components to enable it to function effectively, “We want to post a midwife here, but when these components are not in place, the midwife cannot work, and expectant mothers in labour will still have to go to Sandema Hospital.”

In spite of the challenge, the facility would be put to use while stakeholders worked to fix the electricity and other equipment to enable staff to work effectively, Madam Akugri said.

She commended the contractor for doing a good job and appealed to the community to get volunteers to serve as security guards and cleaners at the facility.

Mr David Amoabil Afoko, the Builsa North Municipal Chief Executive, in a speech read on his behalf, said the Assembly would monitor the CHPS Compound to ensure it received the needed support in terms of renovation, among other things.
He thanked the MP for his support to improve health care delivery in the Constituency.