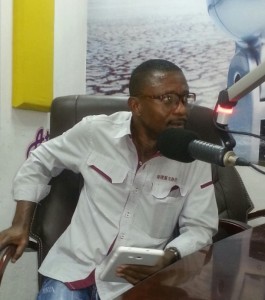 Manager of celebrated gospel artiste, Isaiah Kwadwo Ampong, known as great Ampong, Ahmed Banda (Bandex) has expressed anger over the refusal of highlife legend, Charles Kwadwo Fosu (Daddy lumba) to pay his artiste for a collaboration they had.

The two artistes, (Daddy lumba and Kwadwo Ampong) formed a group called Kojo Kojo to release hit single, “Hossana”.According to Bandex, the two musicians agreed to share money they will get from the launch of the song.

He added that the management of Lumba took away the money they got from the launch of the song immediately after the launch when Ampong was taking pictures with his fans without his knowledge.

Bandex added that, all attempt to get his artiste paid has proved futile, and therefore said the group “Kojo Kojo” has been put on hold until they receive their money.