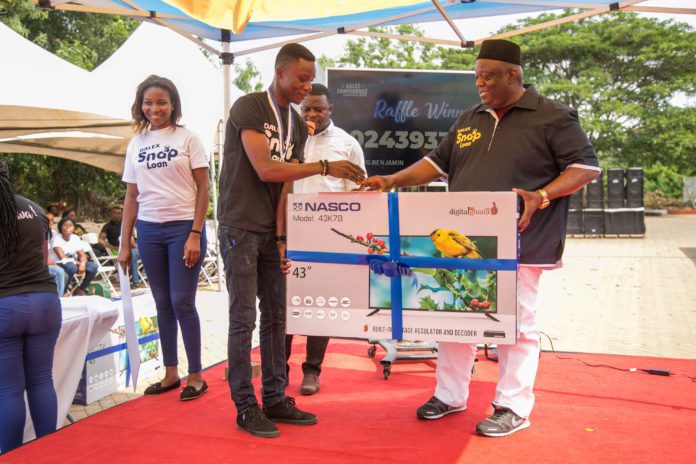 Dalex Finance has rewarded another set of its eight best performing staff with a one week all-expense-paid leisure trip to the beautiful Arabian city of Dubai.

The first four lucky winners, drawn from the Upper East, Upper West, Brong Ahafo, Ashanti and Northern regions, were announced amidst cheers from a visibly excited workforce during the company’s Northern Sector Sales Conference held at the Unity Hall of the Kwame Nkrumah University of Science and Technology in the Ashanti Region about three weeks ago.They were James Arthur, Ziibu Mohammed, David Mawuli Hoezadey and Mercy Hoezadey.

The other four from the Volta, Eastern, Western, Greater Accra and Central regions were also unveiled and similarly honoured at the two-day Southern Sector Sales Conference held in Accra over the weekend. The winners were Eugenia Aniaku Quaye, Frederick Baah, Wisdom Gbelewu and Millicent Mensah.

This brings to eight the total number of winners embarking on the recreational trip which covers air-ticket, accommodation, meal, funds for sight-seeing and shopping, among others.

Over fifty other employees who distinguished themselves in their respective roles were presented with cash and other prizes including television sets, laptops and high-end phones in reward for their hard work.

Explaining the rationale for the conference and the award scheme, Chief Executive Officer of Dalex Finance. Mr. Ken Thompson said “…there is a direct correlation between employee recognition and performance; that is why we encourage and generously reward excellence…”

He said “… this is the fourth time we are rewarding our staff with spectacular prizes and it gives us pleasure that for many of our staff coming from rural and peri-urban areas, we provide them this amazing opportunity to travel outside the country. It is a culture at Dalex and we will continue to explore innovative means of incentivizing our workforce…”

The two-day conference brought together over 2000 employees and agents from the Greater Accra, Central, Eastern, Western and Volta regions.

There were a lot of fun games which sparked the competitive spirits of the various teams from the regions.
The games, including soccer, tug-of-war, turnaround relay were held at the Ajax Park of the University of Ghana, Legon for both males and females.