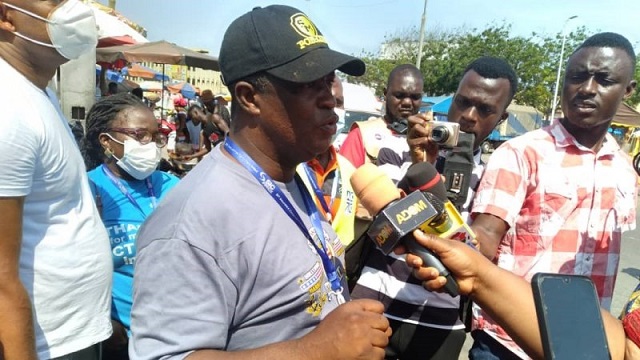 The SIC Insurance Company Limited, insurers of GCB bank, has inspected the extent of damage caused by fire on Liberty House branch of the GCB Bank at Kantamanto, in Accra.

The inspection was done to assess the extent of damage on the Bank’s properties.

Mr Emmanuel Simpiney-Mensah Jr., the Head of Corporate and Risk at SIC Insurance Company Limited, told the Ghana News Agency after the assessment that the damage was manageable.

He said the fire was concentrated at one place but the smoke billowed around.

He said SIC would be meeting with the Management of the Bank soon to forge ahead with the next step.

He said for now they could not come up with any estimate, unless the Bank provided them with their estimate of things damaged.

He called on the public to patronise insurance packages to protect their properties.

Preliminary investigation have established that the wildfire that gutted the Bank, in Accra, on Saturday, started from a storeroom packed with sanitizers, papers and batteries.

Earlier, Mr Ellis Robinson Okoe, Divisional Officer 1, the Public Relations Officer (PRO) of the Ghana National Fire Service, told the Ghana News Agency (GNA) that, “only a small part of the first floor of the building got burnt,” and that firefighters determined the cause of the fire in time.

Mr Okoe said his office got a distressed call around 1059 hours that the GCB Liberty house branch was engulfed in fire and rushed to the scene with eight fire tenders.

He said the personnel within an hour, brought the fire under control and stopped it from spreading to other parts of the building.