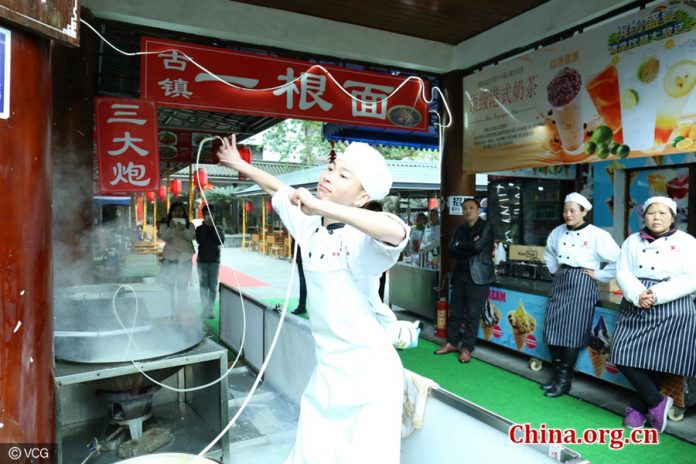 Editor’s note: Tian Bo, 30, is a cook working at the Huanglongxi tourist site in Chengdu City. Recently, he became an instant internet hit after a video showing him dancing while stretching noodles was published online. The food cooked by Tian is a local snack named “single-strand noodle”, in which the noodle in a bowl is a single, elongated one. 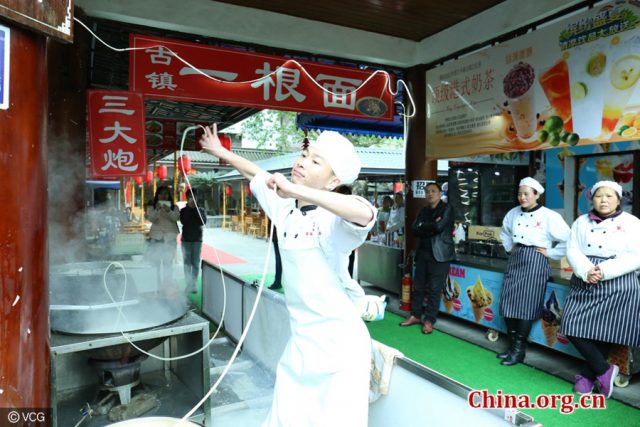