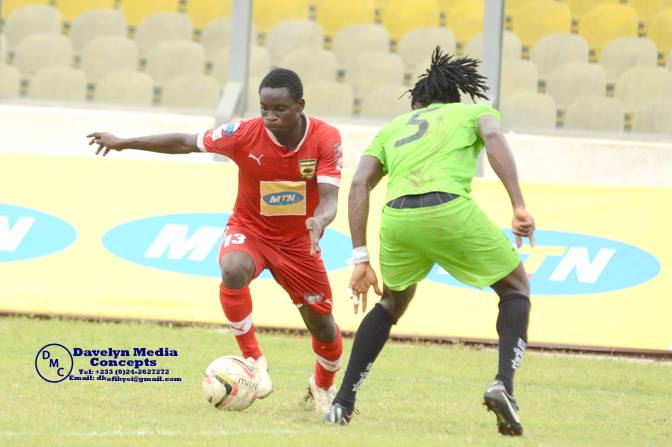 Asante Kotoko striker Dauda Mohammed has backed Coach David Duncan to remain as head coach of the club for a long time to come.

Duncan, who has coached Free State stars in South Africa and Hearts of Oak in recent times is seen as one of the best brains when it comes to coaching in Ghana.

He has however endured a difficult start to his tenure as head coach of the Porcupine Warriors.

The former Hearts tactician oversaw his side crush at the final hurdle of qualification to the group stages of the CAF Champions League, a big blow to start his reign as coach of Asante Kotoko.

Kotoko have also struggled to replicate their domestic form that has seen them win the league on the last three edition.

But Dauda Mohammed who is flourishing under Duncan says he is confident that the coach will find a solution to the problems and lead the team to success.

?Last year Kotoko won the league but most of the players left,? Dauda told GHANAsoccernet.com

?Its virtually a new team with a new coach but with the little I have seen I am confident that Duncan will be here for a long time to come.?