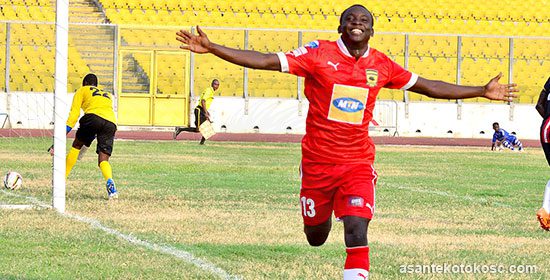 Asante Kotoko budding striker Dauda Mohammed says he is unaware of reports linking him with a move to Champion AshGold.

The 17-year-old striker had a breakthrough season with the porcupine warriors which was highlighted with him scoring two goals against sworn rivals Hearts of Oak in a 2-1 victory in Accra.

His exploits in the league earned him a call up into the Black Meteors team which represented Ghana at the just ended All Africa Games in Congo.

AshGold Coach Bashiru Hayford is said to be a huge admirer of the striker and is putting plans in place to bring him to AshGold.

But Dauda says he is unaware of any interest coming from the Miners.

?The truth is I am not so much a media person and I spend a lot of my time with my family,? Dauda told GHANAsoccernet.com

?I do not know of any interest from any one and I am not so much bothered about that.?

?All I want to do is improve on a daily basis and see what God will do for me.?