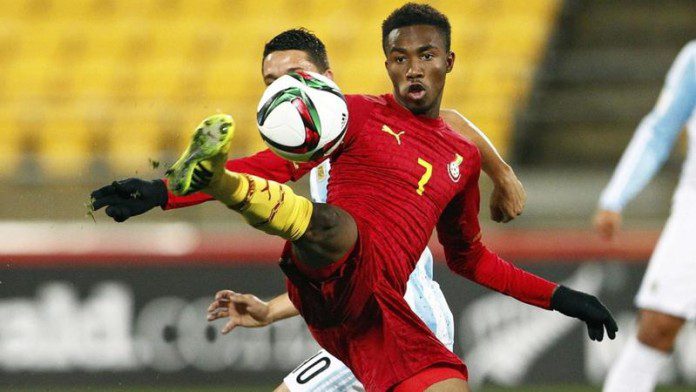 Samuel Tetteh has been handed his debut Ghana call-up

Ghana coach Avram Grant has named three home-based players in his squad to face Comoros in the 2018 FIFA World Cup qualifier this month.

AshantiGold SC goalkeeper Fatau Dauda has held down his place in squad but stands a chance of missing out on the final squad for the game with Wa All Stars custodian Richard Ofori also included in the 23-man squad.

Ofori has earned praise for his performance for All Stars in the just ended Ghana Premier League season and his potentials has enthralled many fans.

West African Football Academy winger Samuel Tetteh has been rewarded for his performance for the Ghana U20 side at the 2015 FIFA U20 World Cup and Ghana’s Olympics squad as well as the Local Black Stars.

The 18-year-old will be seeking to play his first competitive match for the Black Stars.