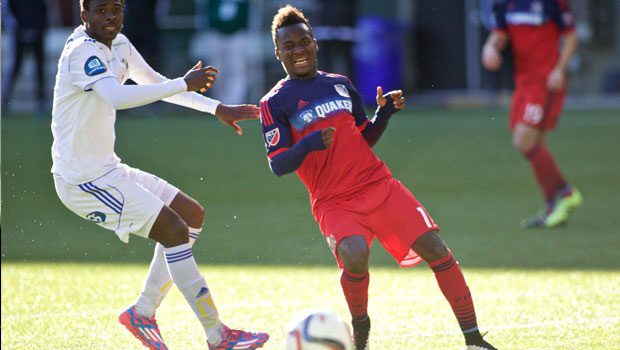 David Accam lasted the entire duration on his full debut for Chicago Fire in their 3-2 win over Toronto FC on Saturday.

The Ghana striker had not started a game for his club since his move to the MLS.

Accam was however played from the start in Saturday?s game where he operated from the wings.

Chicago Fire eventually won the game in the toughest possible way despite having a man advantage for over 20 minutes due to the sending off of Toronto?s Creavalle.

It also sees the side rise to third in the Eastern Conference of the MLS season.