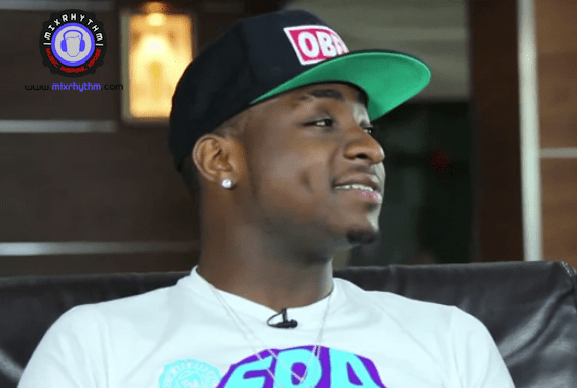 We are waiting to see something like this in our Dancehall war. I wont mention names but they know themselves. If Davido and Wizkid can settle their differences, then what is stopping our two great dancehall artistes? I will write a piece on that later but for now i would like to congratulate Davido for standing up as a very wise and matured guy. Indeed, people say money changes the mind of a person but with? Davido, he is still that humble guy aside his father’s riches.

If?Wizkid acts matured towards the chapter Davido has opened, i believe these two Nigerian superstars who are taking the country far in terms of their music, Davido and Wizkid will obviously bury their differences and move on with life.

These two have been in a twitter war some time back and it seems Davido is actually ending the beef which is so so sensible on his team and his side.

The?AYE hit-maker is ready for peace as Davido buried the hatchet and congratulated Wizkid on the release of his new album (Ayo).

He hailed Wizkid and Psquare on the release of their albums (Ayo and Double Trouble).

He tweeted ?Congratulations to both P SQUARE And WIZKID On their Album release May God continue to bless y?all ! OBO?.

Meanwhile, he also had a message for one of Africa respected artiste, Innocent Idibia, who added a year to his age today.
?Happy birthday @2faceidibia ! To a Great man!!! Your music has healed the world!!?

We believe Davido & Wizkid will settle their differences soon and we will be waiting for our two dancehall acts to settle theirs too.

Source – GhJoy
Send your news stories to newsghana101@gmail.com and via WhatsApp on +233 244244807 Follow News Ghana on Google News

Mahamudu Bawumia is an embodiment of competence – Friends