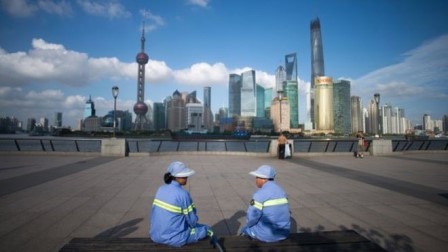 Chinese President Xi Jinping is paying a state visit to Switzerland from Sunday to Wednesday and will attend the 2017 World Economic Forum in Davos. He is also expected to visit the UN headquarters in Geneva, the World Health Organization and the International Olympic Committee. 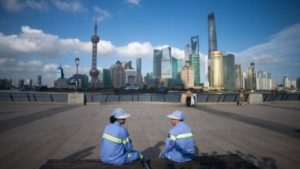 This is the first time that a Chinese head of state will attend the Davos forum, which has raised people’s eyebrows around the world, attracting a great deal of media coverage.

The importance of China’s engagement with the world has become more and more prominent. Now China is the world’s second-largest economy. The outside world cares about China’s future trajectory, what China’s downward economic trend means and whether the new round of economic reforms can succeed. Given that globalization is facing multifaceted challenges, what China’s attitude is and whether it can offer new impetus to economic globalization is the focus of attention.

China’s political system and the way society functions differ from that of the West, which makes it a bit difficult for both sides to understand each other. The Davos forum provides the global economic sphere with an attractive opportunity to get closer to the top Chinese leadership. But the outside world needs to form a basic and impartial understanding of China if it is to acknowledge the significance of Xi’s trip and Xi’s speech at the forum.

China is a diligent and low-profile power and its rise is attributed to Chinese people’s hard work. The Chinese economy has great potential, because China still lags behind Western countries and the whole of society would like to strive to better their lives. Moreover, Chinese people are willing to share prosperity with those in other parts of the world.

China does not want to challenge the US, nor is it inclined to overturn the existing international order. China is willing to contribute to free trade and globalization. But if the US, under Donald Trump’s leadership, retreats from globalization, China is not able to, or does not aim to, lead the world into globalization and confront the US together with some countries. Rather, China can be the most vigorous force in the powerful trend of globalization.

In recent years, China and the West have frictions from time to time. Some believe China has become arrogant. However, China’s core interests remain in its geographically adjacent regions and where China’s political stability lies. In addition, China has never interfered in the internal affairs of any small Western country.

China has borne the most criticism from the West in terms of the South China Sea disputes. But China built infrastructure on islands that it controls. In the past 30 years, China has not waged a war. Is this a country that forcefully changes the global rules?

In this changing international landscape, China is a partner of all countries and a constructive power in maintaining the well-being of all mankind. The Chinese leadership has placed high importance and respect to the Davos forum, and this is the epitome of Beijing’s attitude toward the world.

Chinese enterprises encouraged to invest in fish farming in Zambia

Chinese hailed for investing in Zambia