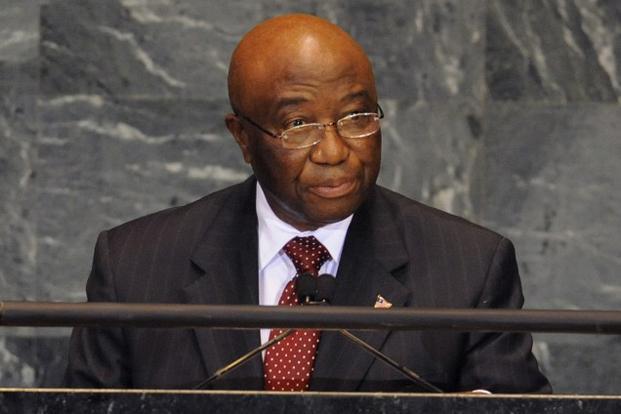 In search of a flourishing democratic space with new hope which propels our nation towards an irreversible dais of equality, justice, economic freedom, national unity and peace, I profoundly bring you thoughtful compliments ahead of Liberia’s 170th Independence Day celebration.

With just 21 more days for Liberians in country and abroad to memorialize yet another Independence Day, I thought to cautiously evoke your conscience as a prominent statesman whose voice and action could change a lot in Liberia. With confidence and optimism, I hope you embrace this communiqué in good faith.

Recognizing the constituted authority reposed in you by our nation and your political party, I am forwarding this letter to you in three (3) distinct capacities or portfolios, namely as a:

With these powers vested in you and the huge following you have as one of the forerunners in Liberia’s upcoming October 10, 2017 election, I am particularly concerned about and puzzled by your continuous silence on a number of national issues/challenges confronting our country and what we can do together to remedy or mitigate some of these prevailing complexities.

Permit me to courteously use you as a point of reference to call on all Political Leaders and/or Standard Bearers of licensed political parties to also stand up in defense of Liberia and Liberians. With just 98 days to election and 6 months to a new government, every political party is a ‘government in waiting’.

This is why I am earnestly evoking your conscience and the conscience of every political leader or aspirant to rise up and speak out in the best interest of Liberia. It doesn’t matter who your thoughts and words hurt, but what matters is Liberia’s ultimate interest. This is what you and all those vying for public office(s) must pursue and protect.

Vice President Boakai, my issues are enveloped below:

We are wondering why all these multi-million loan agreements are being signed and submitted for ratification at this time (6 more months to go). Why all this rush? Where is the interest of Liberia and Liberians in all of these? Why aren’t you standing up and speaking out, Honorable VP et all Political Leaders? In most countries, major agreements and concessions are not signed and ratified in 6 months by an out-going government.

Are you aware that most of these decisions now could adversely impact the performance of the next government? It is an incontestable fact that whoever becomes President in October this year will have to pay these huge debts plus many other liabilities incurred by this government. The Legislature, especially the Senate under your leadership, must reject these untimely and bogus agreements.

It will interest you to know that a total of 32 loans amounting to US$802 million were sourced from both external and domestic creditors as of December 2015 (US$792 from external creditors and US$10 million from domestic creditors). Though a small portion of this amount has been paid, but the debt burden of Liberia is now moving towards a billion dollar under this government alone. In fact, what has been the impact of this debt and who pays for this? The PEOPLE are yet to feel the impact of all these loans after almost 12 years. Honorable VP, where is your voice and why aren’t you standing up?

It is a pity that Liberian-owned businesses and enterprises are being sidelined and ostracized by those in authority. How do we intend to fight poverty and promote the domestication of our economy? Are Liberian companies and engineers only good enough to be subcontracted? Are Liberians only good enough to be store boys and casual laborers? This narrative has to change and change now. It is a glaring reality that Liberians have become foreigners in their own country. Surely, we must change this sad and appalling narrative.

It is time to put LIBERIA FIRST by standing up and speaking out. Silence can never be an option. At the end of the day, Liberians will be the ones to vote in October, and not Lebanese, Indians, Malaysians, etc. The PEOPLE are watching and those who have the guts to stand up now and protect them will reap the rewards at the polls. Beyond this end, let patriotism lead as we together seek to cultivate a NEW LIBERIA of socio-economic parity.