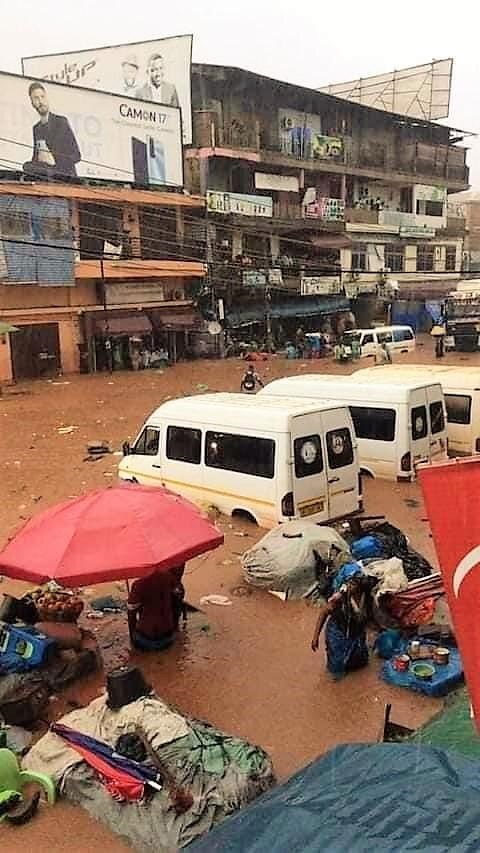 At least four people have been confirmed dead after two days of heavy rainfall in the Ashanti Region.

The latest of the deaths involved a 70-year-old man, Mr. Bernard Sarpong, who was swept away in Thursday’s rainstorm at Sokoban-Ampabame in the Atwima-Kwanwoma District.

The other deceased persons are one-year-old Awal Mohammed, Seidu Mohammed, and a yet to be identified, middle-aged woman.

Mr. Kwabena Nsenkyire, the Regional Coordinator of the National Disaster Management Organization (NADMO), briefing the Ghana News Agency (GNA) in Kumasi, said hundreds of people were displaced by the floods.

Property estimated at several thousands of Ghana Cedis were lost and some structures submerged.

The Regional NADMO Coordinator advised the people to take adequate safety measures for their protection since meteorologists had warned of more rains in the days ahead.

Death Toll From Blasts in Somalia’s Capital Rises to 100; Over 300 Injured

Death Toll From Ebola Outbreak in Uganda Reaches 44 – WHO