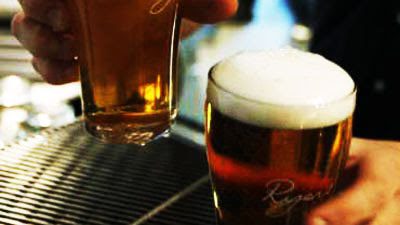 With seven more fatalities, the death toll in an alleged spurious liquor consumption in the northern Indian state of Punjab has risen to 111, officials said Tuesday.

Of the 111 recorded deaths, 83 are from Tarn Taran, 15 from Amritsar and 13 from Batala in Gurdaspur district, a senior local government official said.

Chief Minister of Punjab Amarinder Singh Tuesday said nobody involved in the spurious liquor trade will be spared.

“No one, whether a politician or a public servant, will be spared if found complicit in the hooch deaths,” Singh said in a video address.

Singh said he had put entire police force on the duty to crack down on the people involved in the spurious liquor trade.

“Some unscrupulous elements took advantage of the police focus on battling the COVID-19 pandemic to satiate their greed at the cost of the lives of Punjabis (residents of Punjab),” Singh said.

“While the state government was busy battling COVID-19, which has claimed 449 lives in the state so far, the liquor mafia seized the opportunity to play with the lives of our people.”

The local government has ordered a probe into the incident. On Monday 12 more arrests were made, bringing the number of people arrested in the case to 37.

The deaths have triggered a political row in the state with opposition parties attacking the local government over the tragedy and demanding the resignation of the chief minister.