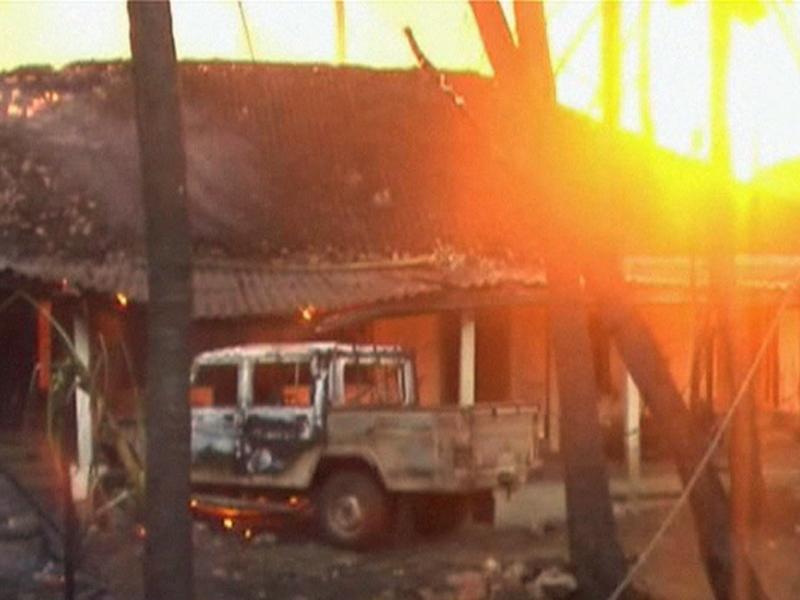 The death toll in a pipeline explosion that hit the Abule Ado area in Nigeria’s economic hub of Lagos has risen to 17, with 25 injured still being treated, the Lagos State Emergency Management Agency (LASEMA) said late Sunday.

Emergency personnel rushed to the scene to contain a fire caused by the explosion and to keep residents safe.

Henrietta Alokha, principal of the nearby Bethlehem Girls College, died after rescuing all the pupils, many of whom were injured and taken to the Nigerian Navy Hospital, in Ojo Cantonment, for treatment.

“We sympathize with the families of those that died, wish the injured ones quick recovery and we also appeal for calm,” the rescue official said.

There were a number of secondary explosions following the first one, and authorities are still trying to establish what caused the blast, he said.

According to Oke-Osanyintolu, many buildings were destroyed, including a church and a girls hostel.

Mele Kyari, group managing director of the Nigerian National Petroleum Corporation (NNPC), sympathized with victims and reiterated the firm’s commitment to removing all structures on the NNPC pipelines to prevent similar incidents in the future.

“It is very obvious that people are building houses on our right of way, which constitutes a serious danger to lives and property,” he said during an inspection visit to the scene of the explosion.

“This incident happened as a result of overcharged air resulting from gas leakages from activities around this pipeline,” Kyari said.

“There was an ignition which led to a chain of events including igniting our pipeline,” he told reporters.

The NNPC would continue to work with the Lagos state government and security agencies to remove all property located within the pipeline right of way, Kyari said. Enditem