The death toll of a yellow fever outbreak in Nigeria’s southeastern state of Ebonyi has risen to 26, the World Health Organization (WHO) has said in its latest report on the disease.

According to WHO, the outbreak has spread to up to nine local government areas over the past two months.

As of August 30, the Nigerian state had recorded a total of 84 suspected yellow fever cases, with a case fatality ratio of 31 percent, the global health body said.

One case has been confirmed in an international worker involved in the extractive industry residing near Abakiliki, the state capital.

Local health officials had first recorded an outbreak of yellow fever in Ebonyi since July 15. Only one rural community was earlier affected by the disease, with 16 deaths as of the time.

The yellow fever is mostly caused by a type of mosquitoes called “Aedes Aepyti” found in the tropics and sub-tropics. It is transmitted from person to person through mosquitoes, although there are also forest monkeys that transmit it.

Local experts said the disease often manifests fever, typhoid, among other symptoms and if not detected on time, will affect the blood and the victims will experience renal failure and possible coma.

There is no specific treatment, although the disease is preventable using a single dose of yellow fever vaccine, which provides immunity for life.

“Though Nigeria introduced routine vaccination for yellow fever into the immunization schedule in 2004, most adults remain susceptible and overall population immunity is low,” the health organization said.

Between January and July, over 2,000 suspected yellow fever cases were reported in 506 local government areas from all 36 states of Nigeria, including the Federal Capital Territory, according to official data by WHO. 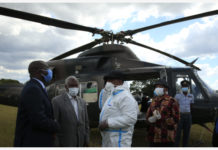 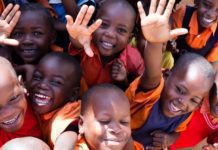 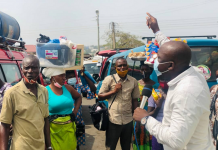 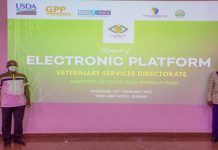