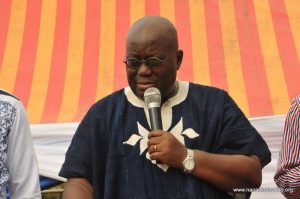 President Nana Addo Dankwa Akufo-Addo has been urged to speed up the appointment of the various Metropolitan, Municipal and District Chief Executives (MMDCEs). 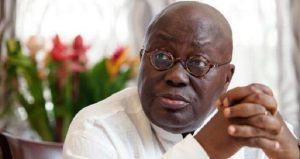 So far, President Akufo-Addo has named Metropolitan Chief Executives for Kumasi, Accra, Tamale and Takoradi leaving 212 more to be appointed for the remaining Assemblies.

Reverend Casmire Nii Okine Mensah, Greater Accra Regional Organizer and Ningo-Prampram 2016 Parliamentary Candidate for the Progressive People’s Party (PPP), told the Ghana News Agency that the delay in the appointments was slowing down development in the various areas.

Rev. Mensah said even though the President has performed extremely well in his first 100 days in office, the delay in appointing MMDCEs were creating unnecessary tension among interest groups which want to push their favourites to the position.

He also appealed to the President to appoint a native of Prampram as the Ningo-Prampram District Chief Executive to ensure peace in the district.

Rev Mensah, who is also the Head Pastor of Mission Church of Peace International, Ghana and an educationist, explained that since its creation in 2012, the Assembly has had two natives from the Ningo Traditional Area as chief executives.

He alleged that even though the Ningo area has had these chief executives, the natives and residents from the area, had refused to pay fees and rates to the Assembly in protestation to the location of the head office in Prampram.

This, he noted however, did not result in any friction because, at the time, the Member of Parliament (MP) for the area hailed from Prampram and the people saw the appointment of the chief executive from the Ningo area as a balance of the system.

Rev Mensah further said even though such an arrangement had no constitutional backing, it would be prudent to appoint a new DCE from the Prampram area since the current MP, Mr Sam Nartey George is a native of Ningo.