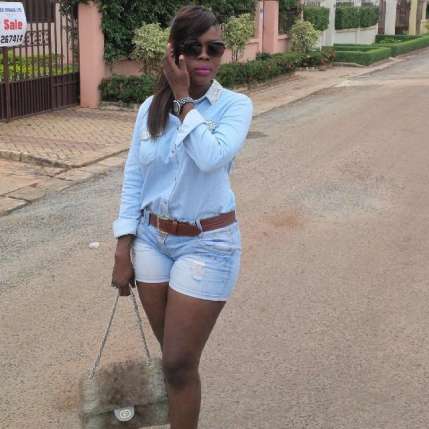 Deloris Frimpong Manso aka Delay has said that dealing with men in terms of dating has become difficult because her father was absent in her life while growing up.

She said this on her own show thus The Delay Show while interviewing actress Ahouf3 Patri.

Delay was sharing in the pain Ahouf3 Patri was going through due to the punishment her father meted out on her and her mother by abandoning them.

?I had an absentee father, mine was worst and growing up it has really affected me. To the extent that my relationship with men is nothing to write home about when it comes to dating them. Because of what my dad did, it has made it difficult for me.

?Most of the time, I have a clear cut picture on what I want to do so far as my job is concerned, but when it comes to men, it is always difficult to adjust because I have been holding on to too much like there is some kind of anger,? Delay said.