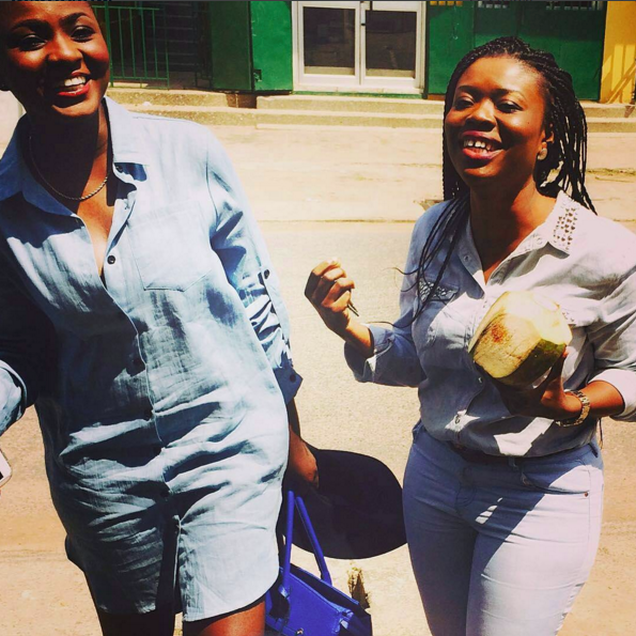 It seems we have all played in a big prank by these 3 ladies (Delay, Ahoufe Patri and Caroline).

A couple of months ago, many people were made to believe that host of the Delay Show, Deloris Frimpong- Manso (Delay) and actress Ahoufe Patri were fighting over the name Cocoa Brown on Instagram.

Radio and television personality, Caroline Sampson, waded into the supposed ‘fight’ between the two ladies and sided with Ahoufe Patri advising Delay to grow up and stop behaving like a child. She even added that Delay should learn and stop hating on the actress as it was her time to shine.

Another one read “Here we go again.. @virgindelay seriously you need to learn and stop being childish over names. Let the girl shine. Cocoa brown is @ahuof3patri and @ahuof3patri is cocoa brown”

Female presenter Valentina Nana Agyeiwaa (Afia Schwarzenegger) who clearly had been fooled by these staged fight between the 3 ladies also threw some jabs at Delay for fighting with ‘young girls’ over names. But in an exclusive interview with BoloNews.net, Delay confirmed that Cocoa Brown is the name of her upcoming TV series which will feature the two ladies Ahoufe Patri and Caroline as lead characters.

She was hopeful that the series will take over the screens of every home soon but wouldn’t disclose the platform on which it would be aired for now even though rumours have it that, GH One TV will be airing the series. This is one big publicity stunt pulled on Ghanaians by 3 smart ladies and we hope the series becomes successful as the stunt was.