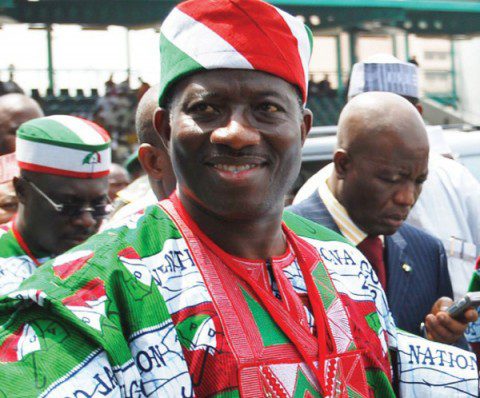 National Conference delegates will earn sitting allowances for only 60

days when they are likely to hold plenary, it was learnt yesterday.

But they will, however, earn accommodation allowance for 90 days ? in

line with the timeline for the conference.

In spite of agitation for other allowances, the Federal Government has

directed the secretariat to keep to the budget for the conference.

Although about N668million was disbursed to the delegates at the

weekend at the rate of about N1.4million per head, the government has

told the conference?s leadership that it will not tolerate extra

The financial advisory from the government to the conference

secretariat indicated that the delegates would earn sitting allowance

A highly-placed source said: ?There is no question of blanket payment

of N4million per month as being reported. In fact, they may earn less

?From the financial advisory to the secretariat, delegates will earn

sitting allowance for 60 days. We do not expect the plenary to extend

beyond 60 days before we break into committees.

?But they are expected to collect accommodation allowance for 90 days

Responding to a question, the source added: ?We are actually sticking

to the budget for the conference because the Federal Government has

said that it will not give extra funds.

?So, we cannot accept any extraneous demands in terms of allowance

Each of the 492 delegates was paid about N1.4million for accommodation

and other expenses to enable them settle down for the conference.

It was learnt that the account of each member was credited electronically.

About N668million was disbursed to the 492 delegates. Five rejected

The Assistant Secretary to the National Conference (Media and

Communications), Mr. Akpandem James, who refused to divulge how much

was paid to each delegate, simply said: ?I am aware that some of the

allowances have been paid.?

The Nigeria Security and Civil Defence Corps (NSCDC) has deployed

According to a statement by the Head of Public Relations of NSDC, CSC

Emmanuel Okeh, the equipment, which were recently provided by the

for effective policing across the country.

The statement said: ?While commending the government for the provision

of the facility, the Commandant-General of the corps, Dr. Ade Abolurin

disclosed that his agency had already deployed over 2000 security

?Briefing some of the commanders of various units of the agency at the

weekend, Dr Abolurin said apart from protecting the venue of the

National Conference the agency is also tackling the issue of vandalism

of Critical Infrastructure and National Assets of government in

various parts of the country.

?As the lead agency saddled with the responsibility of protecting the

critical infrastructure of government such as PHCN cables,

transport sector and other assets, some of its new surveillance

equipment could detect dangerous weapons or IEDs that may be

orchestrated by enemies of the Nation.

?So far, we are committed to national security with the strengthening

of our special units, including Counter-Terrorism Unit, The Armed

Chemical Biological Radiological and Nuclear Weapons Unit and the

Anti-Vandal Unit of the Corps.?