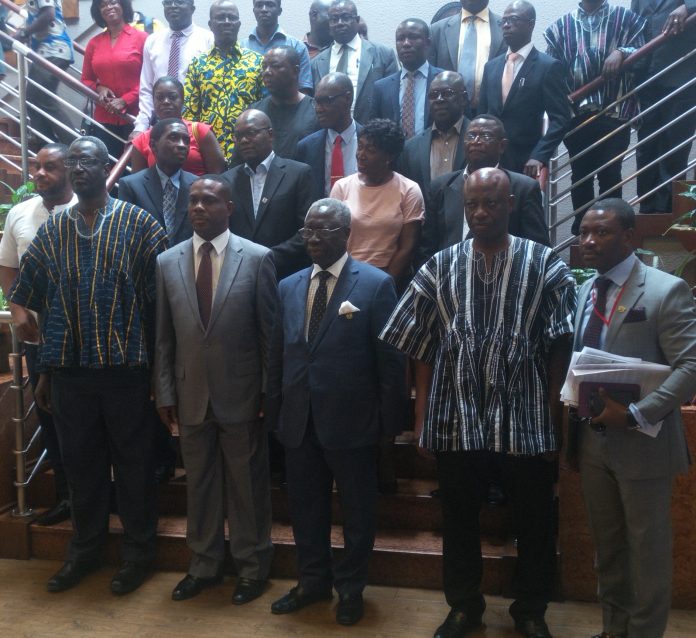 Mr. Yaw Osafo- Marfo, Senior Minister, has indicated government’s determinations to reforming and supporting the public sector by providing support services to businesses, the private sector and the citizenry, to pave way for poverty reduction.

Mr. Osafo-Marfo said, there was the need for a comprehensive attitudinal change in all and also for the public servants to eschew being self-serving to pursuing national and public interest.

“Such unproductive tendencies of the public sector ought to stop and I can assure you all and sundry that under my watch as the Senior Minister responsible for public sector reform, it cannot be business as usual,” he reiterated.

He made the call at the Stakeholders’ Validation Workshop on the Draft of the National Public Sector Reform Strategy (NPSRS), 2018-2023; dubbed “Delivering for Citizens and Private Sector” in Accra on 13th December, 2017.

The senior Minister noted the need for an effective NPSRS, advocated by several state and non-state actors, and even development partners. This he said “It has therefore become imperative to develop a comprehensive National Public Sector Reform Strategy, which is responsive to the needs of business, private sector and the citizenry.”

He also indicated that the reform programme is one of the structural reform keys to the International Monetary Fund (IMF) Extended Credit Facility (EEF) Programme, 2015-2018, aimed at putting the economy on the path to a sustainable growth.

The senior Minister emphasised that the NPSRS, 2017-2027, had already been developed under the previous NDC administration, and has been accepted by the current NPP government.

Going on, he said, there was the need for government to review the document within the framework of and in line with their private sector-led development agenda, particularly the “Coordinated Programme of Economic and Social Development Policies, 2017-2024” and then re-submit it for the new Cabinet’s adoption.

Adding that, government is aimed at creating a responsive, efficient and effective public sector, which places the major role of government to support the private sector in jobs and wealth creation at the centre of all its policies. Therefore, the President decided to place the Public Sector Reform under the office of the Senior Minister considering recommendations of the Head of Civil Service.

According to him, government employs larger number of public servants, and compensation for public employees accounts for a larger share of government’s expenditure which is about 107%. “That notwithstanding, citizens complain about woefully inefficient and slow pace administrative service delivery. Complaints are also rife about absenteeism, apathy, ineptitude and perceived corruption,” he bemoaned.

He noted that, standards of service delivery at the sectoral level, were aligned to emerging global best practices, “this has led to a loss of trust and confidence in the public sector and necessitated a new public sector that is responsive, efficient and effective in delivering services to citizens, business and the private sector.”

Mr. Osafo-Marfo emphasised largely on the poor records management and delivery standards affecting the public sector, leading to loss of millions of Cedis by government to unwarranted judgment debts.

The Mid-Year Budget Review has nothing for Ghanaians – Ato Forson