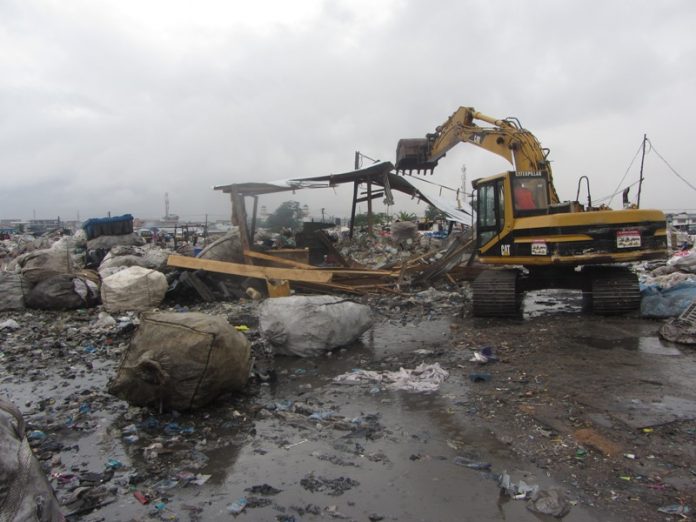 The Ministry of Lands and Natural Resources says it ordered the demolition of structures at Mpehuasem, a suburb of Accra because the land in contention belongs to the State.

This is contrary to claims by a group calling itself ‘Land and Property Owners of East Legon Mpehuasem catchment area accusing the government of wrongful demolition of structures.

The land in question is situated between Trinity Theological Seminary and IDEAL College.

In a statement signed and issued by the Chief Director of the Ministry, Professor Patrick Agbesinyale, said: “for the avoidance of doubt, the land in contention, measuring an approximate area of 132 acres is a state land acquired by Executive Instrument 16 (2009) as a site for Accra Training College.”

It said over time, the land had suffered encroachment presumably from members of the group earlier mentioned.

The statement said the demolition exercise conducted therefore on April 26, 2021, was primarily to halt further encroachment on the land.

The group alleged that one Clement Gyato believed to be a known land guard was accompanied by some persons in police uniforms on Tuesday, April 27, 2021, to demolish several properties at Mpehuasem.

However, the Ministry justified the demolition and cited the General Public Article 257 (1) which states that “All public lands in Ghana shall be vested in the President on behalf of, and in trust for, the people of Ghana”.

It added that “The Lands Commission has been mandated to manage all public lands on behalf of the government.

In that regard, the statement said all aggrieved persons should contact the Lands Commission for further details on the land in contention.

The Ministry, therefore, sounded a note of caution to the public to desist from the unlawful appropriation of state lands.