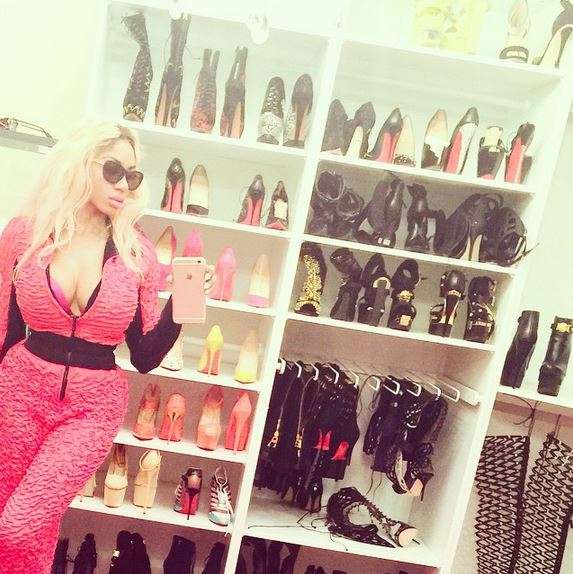 Sharing a picture for #throwbackthursday, the owner of the controversial Whitenicious cream narrated how she was racially profiled at an airport in Italy which led her to pepper spraying a police offer.

Cameroonian singer and entrepreneur Dencia has recalled a racist experience she faced in Italy two years ago.Sharing a picture for #throwbackthursday, the owner of the controversial Whitenicious cream narrated how she was racially profiled at an airport in Italy which led her to pepper spraying a police offer.You can read the entire story below;?Lol the 1st time I wore this outfit was on my birthday in 2013 & I almost went to jail in Rome for pepper spraying a police officer (at the airport) who put his hands on me. Thank God for the U.S. Consulate,they acted so fast & got me outa that airport. Everyday I tell myself I am lucky because there?s a lot of African men & women going through the same thing & these people get away with it,unfortunately 4 them they messed with the wrong person when they tried to be racist. The officer was in the hospital for 3days cuz I emptied the bottle on him,I recorded everything that happen even tho they took my phone & deleted it but I?d emailed everything to my sister.All I asked was a translator so I could just tell these fools that I am not coming to Italy I am transiting to Frankfurt then Cameroon but they were thinking I was trying to sneak into Italy cuz they saw my African passport & didn?t see my US passport smh ..A few hrs later I am in my hotel Room in Rome waiting to catch a flight & I see myself on TV (my videos) with presenter saying I was in jail (I was shocked cuz I was in my hotel room) ?Don?t believe everything u see on tv.Not everyone in Italy is Racist not everyone who goes through Europe goes through this but I have experienced first hand racism in Paris,London & Italy & I am not the person to cry foul cuz I fight back So I am not bashing anyone or their country I have dealt with Racism in America in fact last year,I lived in one of the most racist neighborhoods I have ever been to,As a business owner I had to curse everyone so they know not to fuck with me,now they know better than try it so there?s racism everywhere and it gets even worst when u deal with people who think u are more successful than them. #QueenOfMatamba #lionnessOfJudah BeenThruLife #RacismInEuropeIsOnADifferentLevel ..#Africanenergy?Source:PulseGh