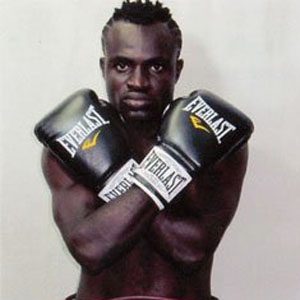 He disclosed to Mohammed Amin Lamptey, host of Night of Total Boxing that he does not watch fights of his opponents as that is the duty of his coach, who has study them, but he is taking the fight very serious as it will pave the way for him to go for Vasiliy Lomachenko and win the world lightweight champion, so he has seen clips of the former Olympic medalist.

“I believe this eliminator is a blessing as it will pave a way to the world titles held by Loma because Denys Berinchyk is his sparring mate” he said.

Tagoe hold the record as the only world champion who did not go through juvenile or amateur experience but holds 15 title belts.

He disclosed that he will dedicate his impending fight to the late former WBO super bantamweight champion Alfred Kotey who was one of his mentors.

According to the Game Boy, the Covid-19 has blocked his travel to the USA to prepare for his fight, however his managers are working very hard and he may travel in a specially arranged flight to enable him train ahead of the bout.

He recalled how his former Black Stars skipper, Asamoah Gyan gave him a car after he defeated George Ashie in a big fight that changed his life from a special remand prisoner to a world known sportsman.

Tagoe who has trained under late coaches Emmanuel Tagoe aka Akisi at the Black Panthers gym, Napoleon Ayaa Tagoe at Will Power gym and professor Azumah Nelson revealed that the latter took him though him many techniques in the game when he moved to his camp for three years,

The exciting boxer with a record of 31 wins against one lose said Americans love his box-dance style and they splash him money after sparring sessions.

He expressed that he demonstrates the noble art of self defense of not getting hit by his opponents, so that he ends retires on a good health of no injuries.