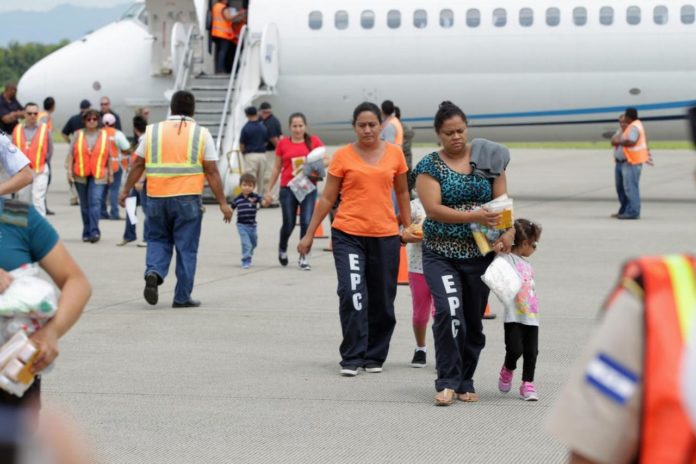 “They didn’t give us water or food, they threw us in the back like dogs, and they didn’t check if we had a temperature,” Marvin Javier Cubas, a Honduran national deported from the United States, complained about his inhuman treatment there.

In a recent telephone interview with Xinhua, Cubas, who is currently undergoing a mandatory quarantine in Tegucigalpa, capital of Honduras, recalled his miserable experience after he was exposed to the novel coronavirus (COVID-19) in the hands of U.S. border police following his detention in the United States.

“We didn’t even receive a test for the coronavirus, they didn’t even give masks to us, they only took our fingerprints when we were detained in Texas,” he said, adding his dislocated shoulder was not treated in the detention center.

“I swear to you by the most sacred thing, which are my daughters, that they didn’t even give us a pill when we were sick,” Cubas said.

Cubas left the municipality of Siguatepeque in central Honduras on March 10 with two friends. All of them were arrested by U.S. agents in Texas.

He said they were not transferred to a shelter but put in an open-air tent, where they lost all their belongings.”We are going to get in the car and send you to Mexico to return to Honduras,” he quoted the U.S. agents as saying.

Cubas said that because there were no health screenings for migrants, the process of returning to their country of origin from the United States exposed the migrants and many others to COVID-19.

According to U.S. media reports, since the coronavirus hit the United States, the U.S. immigration authorities have deported thousands of migrants, with dozens infected of COVID-19, which left Mexico, Central America and the Caribbean governments struggling to respond.

In the northern border state of Tamaulipas, Mexico, 16 positive cases of coronavirus were reported on April 20, including six Hondurans.

Fortunately, according to Cubas, he has received all necessary medical attention in a special shelter in Honduras, where he is undergoing quarantine.

Honduran Deputy Foreign Minister Nelly Jerez told Xinhua that the migrants’ quarantine is mandatory “to guarantee their safety and that of their families when they return to their towns.”

The Honduran Ministry of Foreign Relations has set up six isolation centers in the northern city of San Pedro Sula and five in Tegucigalpa to receive returning migrants.

As of Friday, Honduras has recorded over 2,300 cases and 133 deaths from COVID-19, most of them in the departments of Cortes, Atlantida, and Francisco Morazan, according to the running tally of U.S.-based Johns Hopkins University.