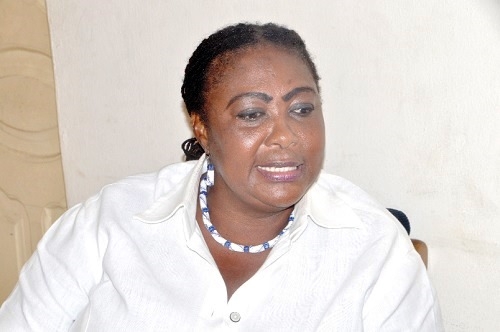 The Deputy Minister of Health and MP for Weija -Gbawe Constituency, Hon. Tina Gifty Mensah has commenced investigation into an alleged ‘chop chop’ at Tepa Nursing and Midwifery Training School in the Ashanti Region.
The Deputy Minister and MP who abhors corruption of any form has hinted that, she will get to the bottom of the matter to ascertain the truth of the alleged case of embezzlement of funds at the training institution.
The investigation into the alleged ‘chop chop’ matter commenced yesterday, July 6, 2017.
She was accompanied to the institution to conduct the investigation by a team of officers from the Health Ministry led by the Acting Director of Human Resource of the Directorate, Dr. Kwasi Asabre.
The Principal of Tepa Nursing and Midwifery  college in the Ahafo Ano North District of the Ashanti region, Ms. Victoria Amoah and the accountant Asamoah Richard are alleged to have been involved in a massive GHc 9, 247,800 admission fraud.
The two administrative members allegedly used fake receipts and invoices to milk the government institution on every admission year.
The alleged corrupt practice began in 2011, two years after the college was established.
A close source within the college has confirmed the alleged ‘chop chop’
The Deputy Minister has since been in the training institution to also carry out work inspection on some projects in institution.
She is expected to return back to Accra with findings this weekend.
Story by : Jude Ofei
Send your news stories to newsghana101@gmail.com Follow News Ghana on Google News