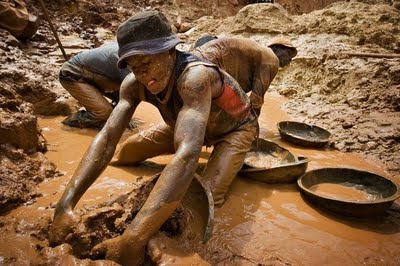 Government’s directive to small scale miners in the country to halt their operations was part of measures to identify and clamp down on uncontrolled activities Mr. Paul Essien, the Deputy Minister of Chieftaincy and Religious Affairs has said. 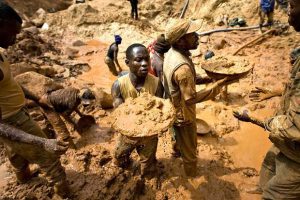 Mr. Essien announced this when he interacted with members of the Dormaa Traditional Council at Dormaa-Ahenkro, as part of his three-day working visit to the Brong-Ahafo Region.

According to the Deputy Minister, the national anti-galamsey taskforce set-up by the government had intensified patrols and indicated that any illegal or small scale miner who failed to comply with the directive would be prosecuted.

He told the chiefs and queens that because they remained the custodians of the lands, there was the need for the government to interact with them, hence the visit.

Mr Essien emphasised that illegal mining and logging had caused the nation dearly, adding that the practice had polluted and destroyed many river bodies, forest resources and the eco-system.

He pleaded with the traditional rulers to support the government in the fight against national challenges.

Barimah Okogyeatuo Agyemang, the Adontenhene of Dormaa Traditional Area appealed to the government to create additional district in the area to spur socio-economic growth and development.

He lauded the commitment of the government in the fight against galamsey and stressed the readiness of the Council to support in that direction.

Barimah Agyemang appreciated the cordial relationship that existed between the Dormaa Municipal Assembly and the Traditional Council and was hopeful that the two bodies would interact regularly in addressing emerging challenges in the area.

Mr Drissa Ouattara, the Dormaa Municipal Chief Executive, said government was threading on the path of development, and urged the people to support in the implementation of policies and programmes aimed at enhancing their livelihoods.