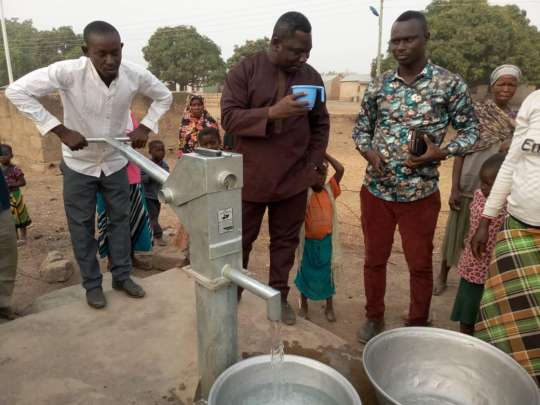 Mr Amidu Chinnia Issahaku, the Deputy Upper West Regional minister has funded the drilling of a borehole to provide people at Fachoboi, a community in the Sissala East Municipality with potable water.

This was in response to an appeal made by the women in the community.

Inaugurating the project at a ceremony, he said he was deeply touched by their plea and decided to fund it from his own resources.

He noted that access to safe drinking water was a basic necessity since water was life.

He said it was important for people occupying high offices to support their communities develop and assured that he would continue help address the needs of the poor in the constituency to improve lives.

“Some time back my party chairman and some executives here saw me and pleaded that if I could get them a borehole because their wives are suffering, so after listening to them I also assured them that I would do my best and help”, he explained.

He said one of his friends also supported him with funds, which enabled the completion of the drilling and that he would source funds to help communities with similar needs.

He also assured them of his readiness to help in addressing the numerous challenges within his means confronting the community to improve the living conditions of the people.

Elders and women of Fachoboi expressed their excitement through drumming and dancing, and commended the Deputy Minister for the gesture.