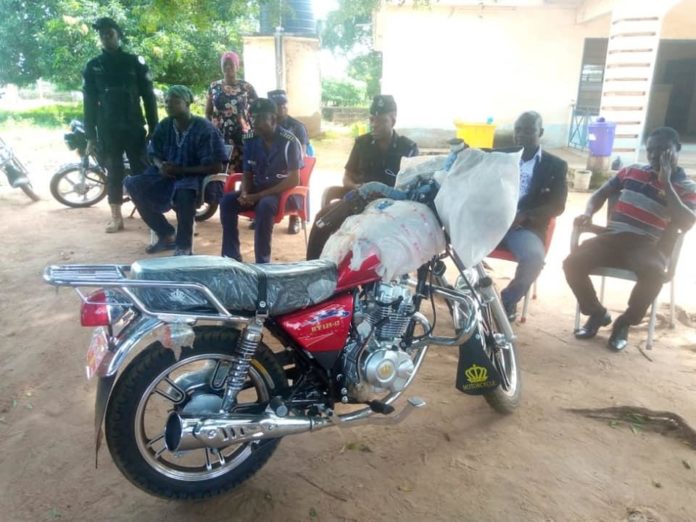 Mr Amidu Chinnia Issahaku, the Deputy Upper West Regional Minister has presented a new motorcycle to the Wellembelle Police to facilitate their work.

The Minister also donated an undisclosed amount of money to extend portable water to the Police station to improve the water situation in the area.

Mr Issahaku, speaking at a short ceremony to hand over the motorcycle said the donation was done in his personal capacity and not through any form of government’s intervention.

He told the GNA that the gesture was in response to an appeal for help made by the Municipal Police Command to help increase their patrols to check the crime rate in the municipality.

He expressed the hope that the motorbikes would help the police in Tumu and Wellembele to win the fight against crime in the area.