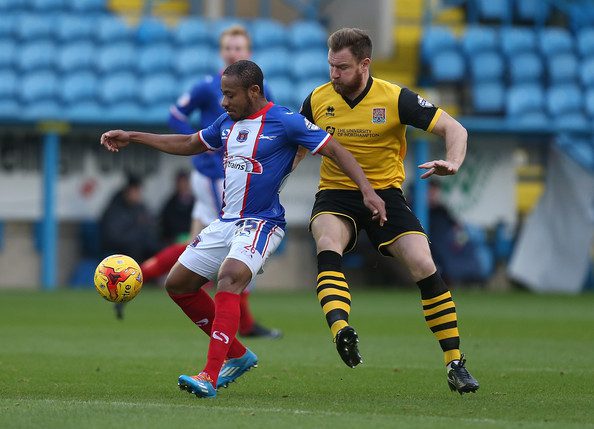 Ghanaian attacker Derek Asamoah scored to inspire Carlisle United to a 2-1 win and knock out Championship side Queens Park Rangers from the Capital One Cup on Tuesday evening.

The experienced winger then set up substitute Jason Kennedy to score the match-winner at the Loftus Road Stadium.

Asamoah had earlier shot the Cumbrians in front before former academy boy Jay Emmanuel-Thomas? levelled late in the first half before Kennedy won the tie for the visitors with 11 minutes left on the clock.

Veteran frontman Asamoah drew first blood when he slotted home on 38 minutes after being unselfishly set up by Antony Sweeney after an Angelo Balanta through ball to end his 26 game goal-drought.

But the lead only lasted two minutes before Emmanuel-Thomas ? one of 10 changes made by Rs boss Chris Ramsey, who left out star striker Charlie Austin ? struck.

The midfielder turned home an Asamoah cross from close-range in the 78th minute to clinch a memorable second round victory for Keith Curle?s side.

French-born Ghanaian starlet Kevin Osei was not in the Carlisle squad for the game.