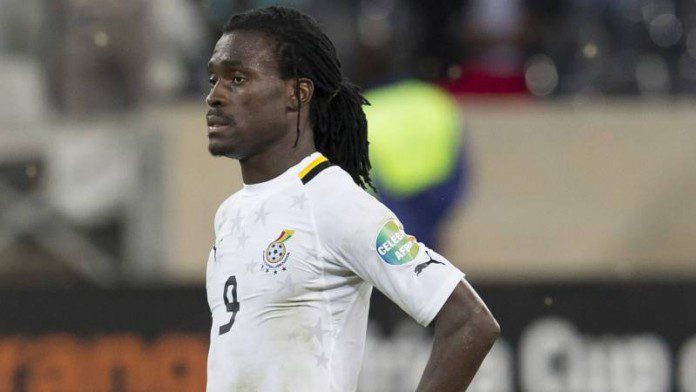 Free agent Ghana midfielder Derek Boateng has ended his search for a new club after agreeing a six-month deal with Saudi side Al-Wahda Makkah, GHANAsoccernet.com can exclusively reveal.

The 32-year-old is expected to travel to Saudi Arabia this week to complete the short-term deal with the ambitious gulf side, Ghana?s leading football website, GHANAsoccernet.com can reveal.

Boateng has been without a club since leaving Spanish side Eibar and has been holidaying in London as he pressed for a new club.

Saudi side Al-Wahda have succeeded in luring the player with a mouth-watering offer as he enters the twilight of his career with Step by Step Management acting as intermediaries.

The club?s chairman Shiek Morsi Hisham Fouad is believed to be a long-time admirer of the intelligent midfielder and has pounced for his services after both parties reached an agreement.

Boateng is a journeyman having played for several clubs in England, Spain, Greece, Israel and Ukraine.

Al-Wahda recently signed a partnership agreement with Medeama and have signaled their intention of prizing Ghanaian players away with Black Stars enforcer Derek Boateng being the first of such moves.

NMB And EIB To Support Business Investment In Zimbabwe With EUR12.5M

Bank of China UK Agrees to US$2.3 Million Deal With US on Sudan Sanctions

Uganda agrees to take in Afghan refugees temporarily at US request