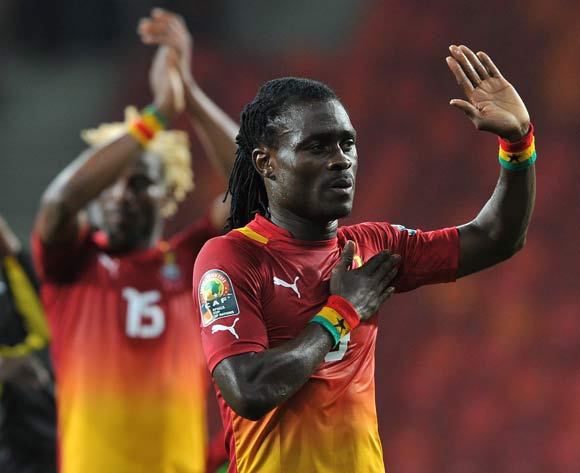 Derek Boateng at the 2013 Africa Cup of Nations in South Africa.

Ghana midfielder Derek Boateng has announced he has retired from international football after more than a decade of service.

The 32-year-old has not been called up since playing at the 2013 Africa Cup of Nations in South Africa where the Black Stars finished fourth.

Boateng, who is available on a free transfer after parting ways with Spanish side Eibar, admits his time with the Black Stars is over.

Right now to be honest with you, I need to step aside for the young players that are coming, Boateng told the Graphic Sports on Wednesday.

The young players are doing well. They are running very good and playing football, we need to support them as old players.

“We need to pray for them so that they can bring something to the society because once they win, we all win as well.

Boateng was one of the stars at the 2001 FIFA U20 World Youth Championship in Argentina where Ghana won silver.