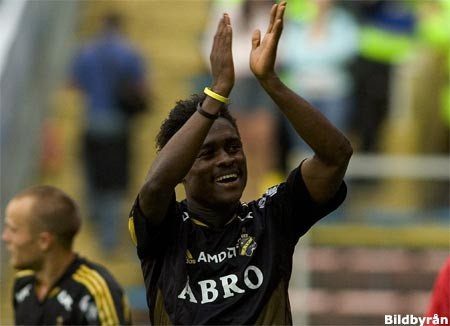 Derek Boateng has been linked with AIK return

Swedish Allsvenskan side AIK Solna have declared they are unsure of Derek Boateng’s return to the club.

The 32-year-old has been linked with a return to the Stockholm side after leaving Spanish outfit Eibar at the end of last season.

Boateng spent three seasons at AIK between (2003 and 2006) and widely expected back at the club.

But AIK Sporting Director Bjorn Wesstrom has stated the club is still weighing the option of signing the former Getafe midfielder.

“Derek has a fine history in AIK but today he is an old central midfielder and if he fits into our squad with the balance we seek in 2016, that is something that remains to be seen,” Wesstrom told Fotbolldirekt.

The former Liberty Professionals midfielder has played for 10 clubs since moving abroad in 1999.

De-luxy Professional Boxing League will return with a bang

GCB Is Well Positioned To Return Value For Investors – MD

Hotel Business To Return To Normalcy From 2023