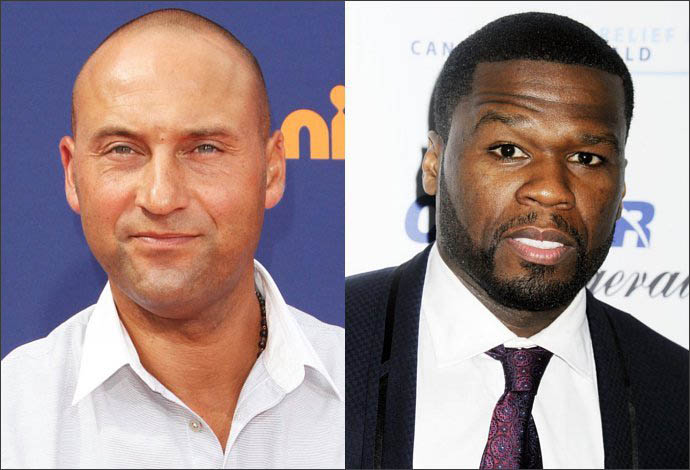 Derek Jeter denied that he called rapper 50 Cent “too urban” to be Frigo’s spokesman. The former Yankees player blamed the underwear company’s owner Mathias Ingvarsson for making false allegations about him and putting his name in the bad spotlight.

Ingvarsson launched a $5 million lawsuit against Jeter for allegedly backing out of their deal to market the brand. In his lawsuit, Ingvarsson said Jeter backed out in 2013 and said that his replacement 50 Cent was too “urban” for Frigo. Jeter argued otherwise.

“The allegations made by Mr. Ingvarsson of RevolutionWear are categorically false,” he said in a statement to Us Weekly. “I facilitated the introductory meeting between 50 Cent and the Company, so it makes absolutely no sense that I would object to 50 Cent being a Frigo brand ambassador or think that 50 Cent is ‘too urban’ for the brand.”

Jeter made it clear that he signed a contract with Ingvarsson but the documents stated that he did not agree to be a spokesperson or ambassador. Therefore, “Mr. Ingvarsson’s statements are particularly malicious….”

Jeter is a major investor, current stockholder and lender to the company. He regretted that his business partner made “these false allegations against me in the press, instead of attempting to work out our business dispute in private.”

Apparently the words had trickled down to 50 Cent’s ears. The rapper took it to Instagram on Wednesday, November 18 to bash Jeter for calling him “too urban.” He captioned a photo of Jeter, “Wow, guess I’m not a Yankees fan anymore. LETS GO METS? Man you can’t trust nobody these day.smh #EFFENVODKA #FRIGO #SMSAUDIO.”

Passengers are branding us thieves over increased fares – Drivers lament