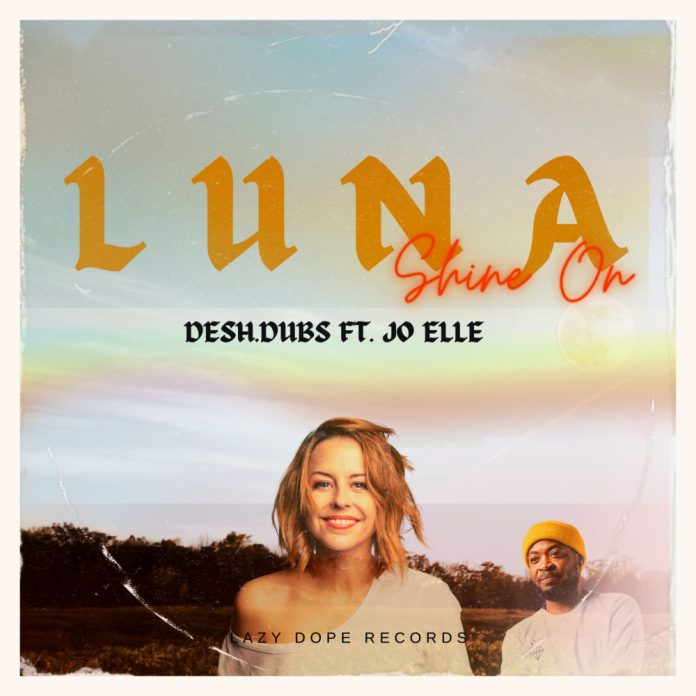 dESH.DUBS’ collaborative new single with Swiss artist, Jo Elle has him deliver yet another infectious sound and a critical, exhilarating message to anyone battling suicidal thoughts. Stream or download ‘Luna Shine On’ across all major music platforms here: https://li.sten.to/lunashine

‘Luna Shine On’ opens with inviting whistling sounds that segue into a chorus of creeping basslines, soft guitar riffs, and hard drum drops; soon introducing the now-familiar toasts of the Zambian-Dutch artist alongside his new guest: Jo Elle, a singer-songwriter and former snowboarding champion. With light vocals, she brings a sweet distinction to the new song, beautifully complementing the DUBSTAR’s raspy tone. Together, their voices create a powerful blend of melodies that are bound to keep listeners hooked and as dESH admittedly shared: “The moment Jo Elle recorded the vocals for the hook, I knew I had to release this song as a single!”.
But there’s more to the new song than its melody and the answer lies in its inspiration: “I have struggled with suicidal thoughts and depression for a long time myself”, dESH revealed. “I had to address the elephant in the room and let anyone battling with such thoughts know that no matter what, the sun always shines! I want these wonderful people to stand up and fight against these ill feelings while flaunting their individuality, which is why I capture the song in a positive light”.

dESH.DUBS, whose previous release – ‘DUBSTAR’ – saw him tinker with Drill, continues his recent trend of versatility here as well. His new single again seeks to prove that he is an artist of no limits: “‘Luna Shine On’ reiterates that my music is all about experiences, expression, and the inspiration that I get from around me. That is why I want to be remembered for my versatility and experimental nature, and trying more new sounds is the way forward”. Aside from this, dESH.DUBS is also hoping his new song finds many, as his message highlights an issue that is widespread yet relatively undiscussed in today’s society.

‘Luna Shine On’ was produced by Tom of Big Bad Beat (Finland), recorded by Marcel of Mosound Production, and mastered by dESH’s long-time collaborator from Amsterdam, Ivo Statinski.
Send your news stories to newsghana101@gmail.com Follow News Ghana on Google News

dESH.DUBS’ ‘DUBSTAR’ is yet another single off his forthcoming album

dESH.DUBS unleashes a timeless string of jams on new album ‘’Above the Wicked’’